Chanel Hand Bag Cake with Chicken on the side


So today I gave away yet another baby. It was for my daughter's classmate's mom's friend. (That was quite a mouthful). This time a Chanel 2.55, but version 2. "Version 2? WTH are you talking about?" Version 2 is a different way of presenting the Chanel bag cake. In my previous attempt, the 2.55 was a topper, a florist sponge inside that was covered in gumpaste, and placed on top of a "box" which was actually a cake. That was version 1. Version 2 is one where the cake itself was the bag.

At first I thought I would have a hard time replicating the bag as close as possible, but as it turns out, my worries were pretty much unfounded. I also managed to pleat the sides of the cake to look like the folds on the bag. All in all a pretty straight forward cake to do. Oh, and I did the straps of the bag a wee bit different this time. Instead of rolling out the "gold" chain, which is a pain to do btw, because by the time I'm done rolling it out evenly, the fondant tends to dry out, and breaks right before my very eyes. Urrghhh.... So this time, what i did was to use thin strips of fondant and braided them together.


Only issue is that, i still can't manage to get the true gold color of the straps, even after dusting it with copious amounts of gold luster dust, it still looks YELLOW, not gold. No, really, maybe its time to get an airbrush. 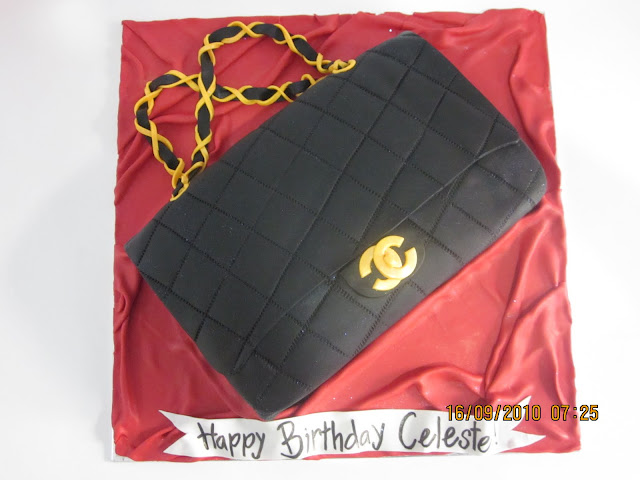 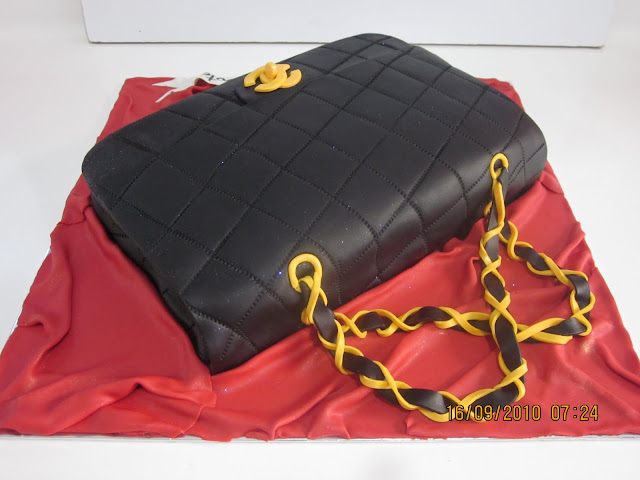 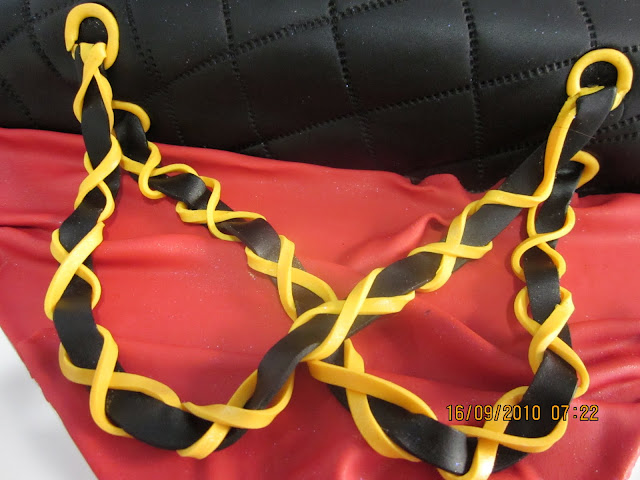 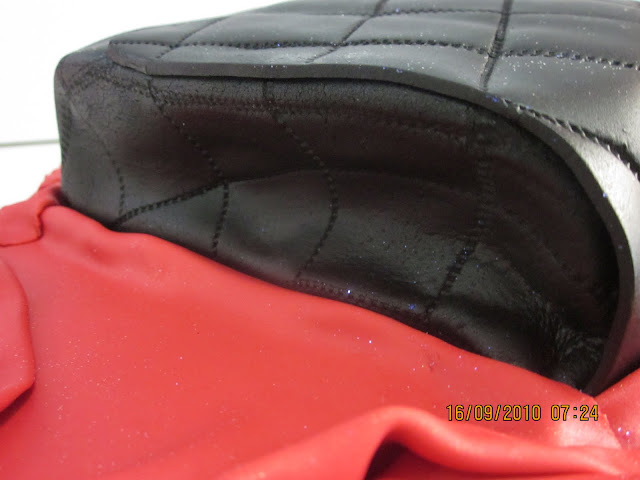 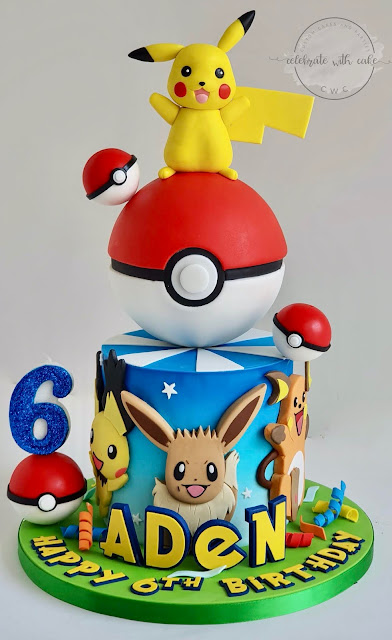