Yesterday i gave away a mini cupcake setup to a cute as a button lil girl who happens to be the younger sissy of the  Ferris wheel cake recipient. She requested to have mini sized 3D toppers of her favorite Doraemon and gang. So this was the outcome of it. 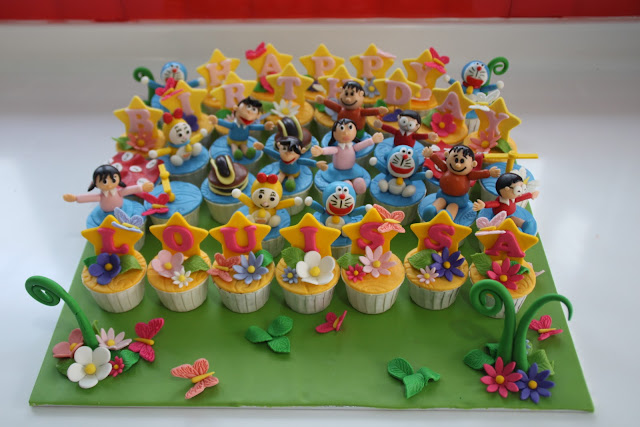 Cupcakes were a mix of vanilla and choc cupcakes.

my favorite of all the toppers was actually the dorayaki. ha. easy to do, yet very realistic. the hardest was ya cha zui, cos i had a hard time figuring out how his hair looked like in 3D, plus the shape of his mouth had to be accurately shaped, too rounded, and he would end up lookin like a monkey, too sharp he would look like he's air kissing some chick. : /

all in all, a pretty tough one to do, but i really liked how it turned out, cheery and vibrant. : ) 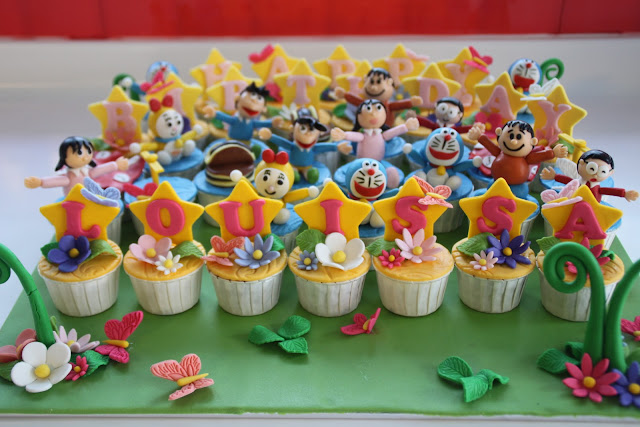 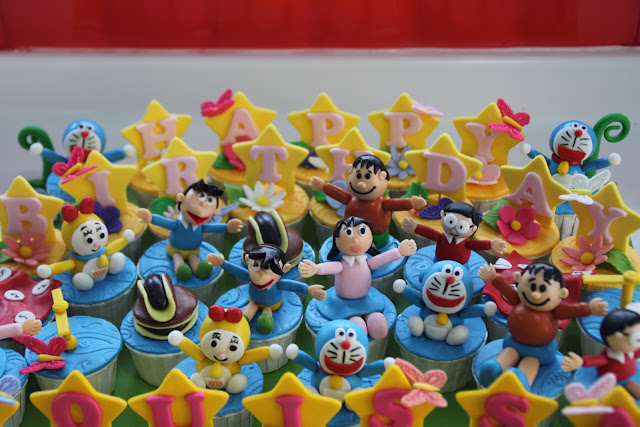 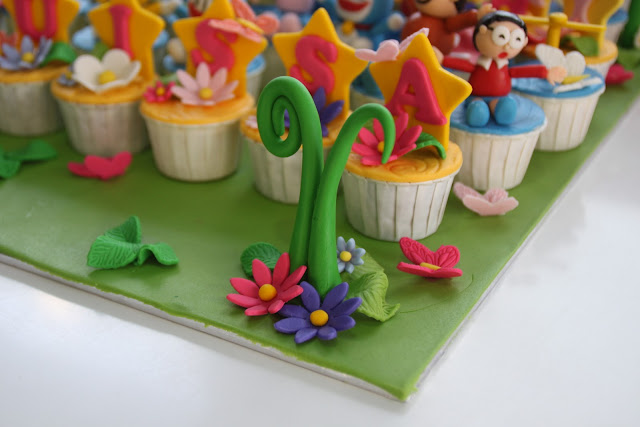 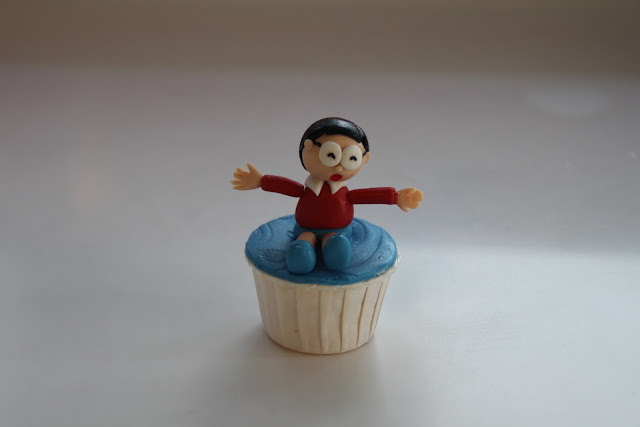 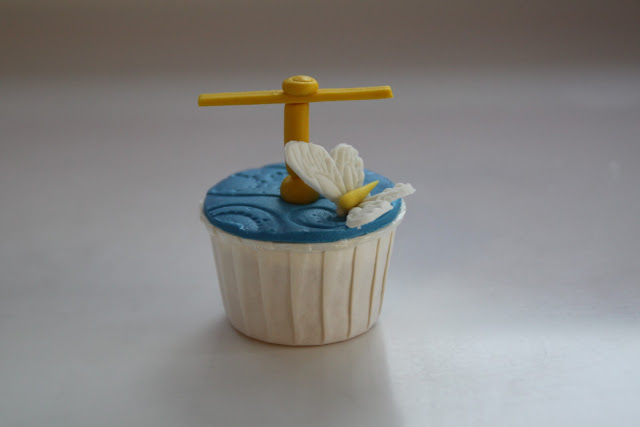 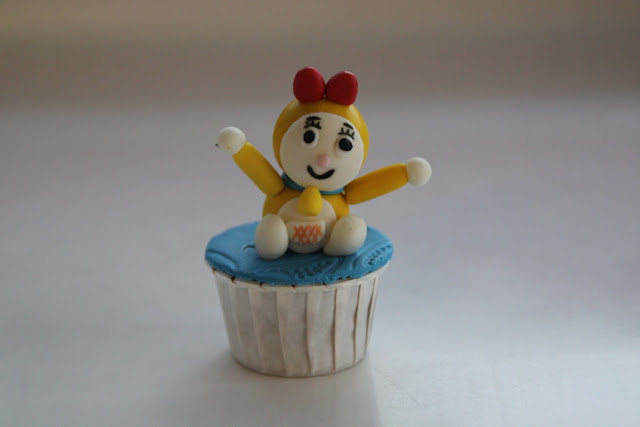 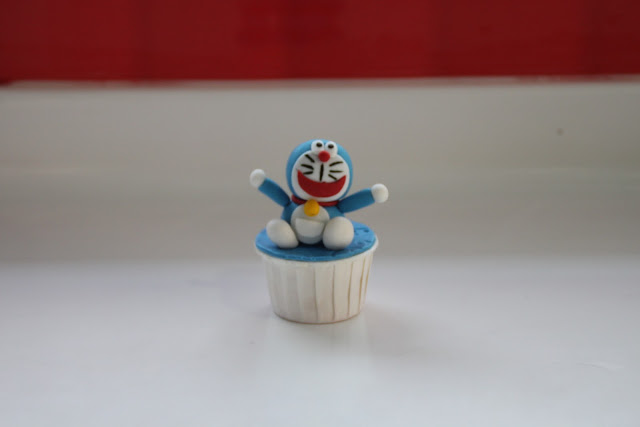 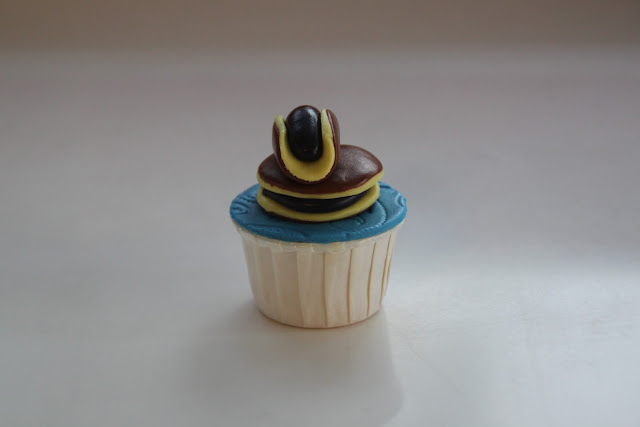