So, 3rd cake for the day (yeah.... 3 cakes in a day.... phew.... i'm D.R.A.I.N.E.D.), is for my fav cake order-er's son, Chris. This was a simplified version of her initial idea of a fancy basketball court cake with figures dancing and music blaring through a fondant radio. The idea was scraped cos i couldn't think of what device to hook the "radio" up to. An iPod? A cassette tape? Anyways, she sent me a picture she found off the net, and so i went ahead with it. and the result was a variation of the 3D basketball cake. 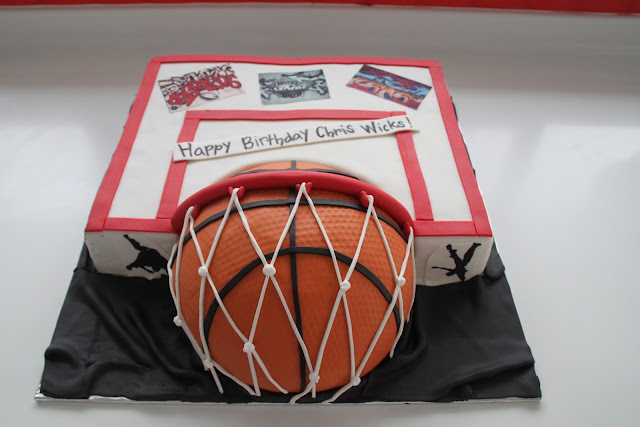 So to jazz up the cake a bit, we made use of our nifty but painfully unreliable (cos of the software) edible printer to print out graffiti art and break dancing silhouettes around the basketball cake board, since the birthday boy in question is into dancing (i smell mambo jambo nights very soon), and bball. 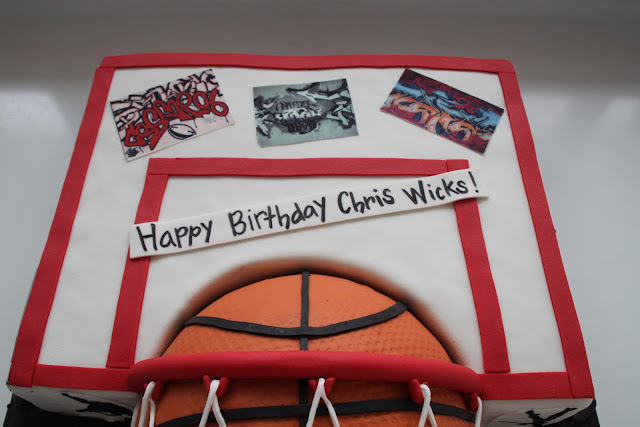 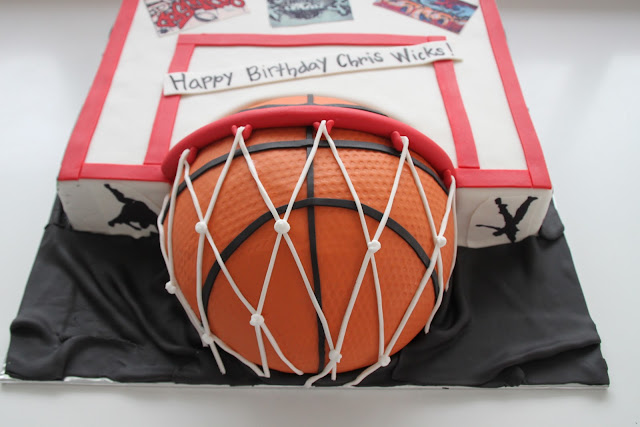 Surprisingly, the hardest bits of the cake was covering the board itself, cos of its sheer size, i had to roll out my fondant EXTRA LARGE, and not only that, picking up the fondant was a pain as well, cos it tears so easily. it took me THREE tries just to cover it decently. Now i wish i have the huge ass roller like in Cake Boss. Danggit. 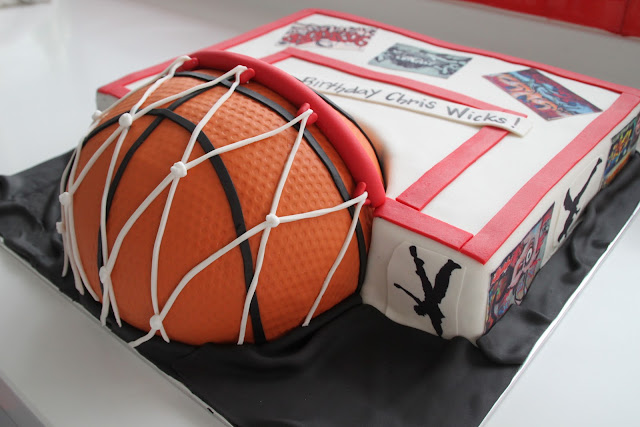 Another bit that was a bit tricky to make was the net of the basketball hoop. At first i tried tying the knots manually with fondant, but it kept breaking, so in the end, i laid the net out, and used royal icing to pipe out the knots instead. haha. 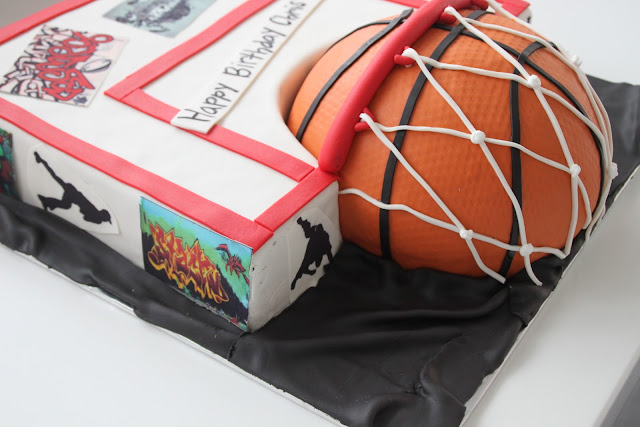 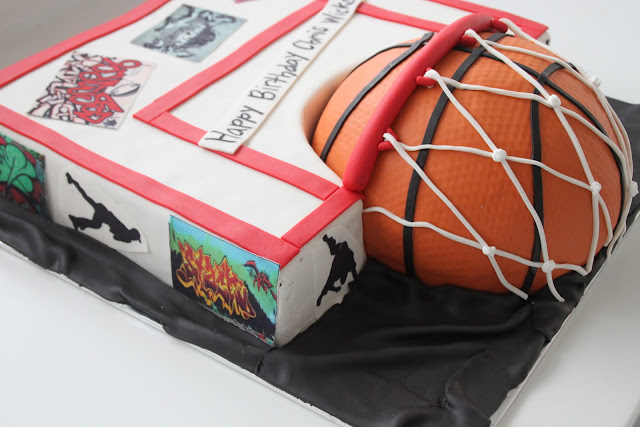 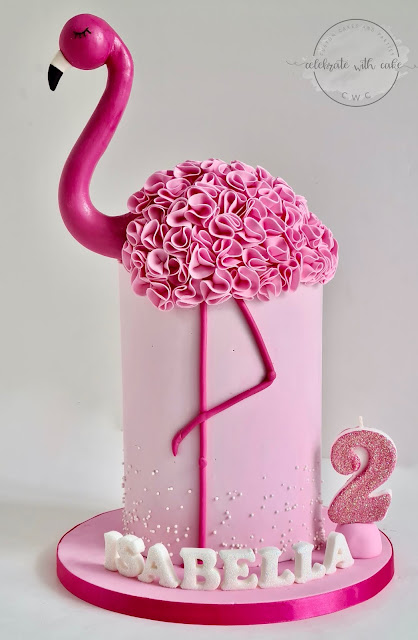