Cake 2 for the day is a crazy hair themed cake. Its for the mommy of the ferris wheel cake, Doraemon cupakes, and Doraemon Cake. This time its for herself, and 2 other December babies. I spent a while trying to think of how to go about this cake, and finally my designer husband gave me the idea of Lady Gaga and a few wacky hairstyles. And this was how it looked like. 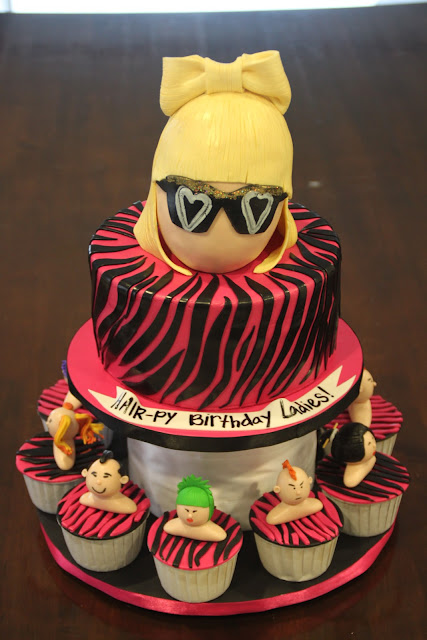 So the Lady's head was made out of rice krispie treats and covered in 2 layers of fondant. i have afear of making hair, cos it really isn't as simple as it seems. One would probably think that hair is just cutting out fondant and sticking it on, but really, cutting it out in the correct SHAPE is not as straightforward. but after a couple of tries, i managed it somehow. As i was making her head, her "Bad Romance" song was playing in my head. : / 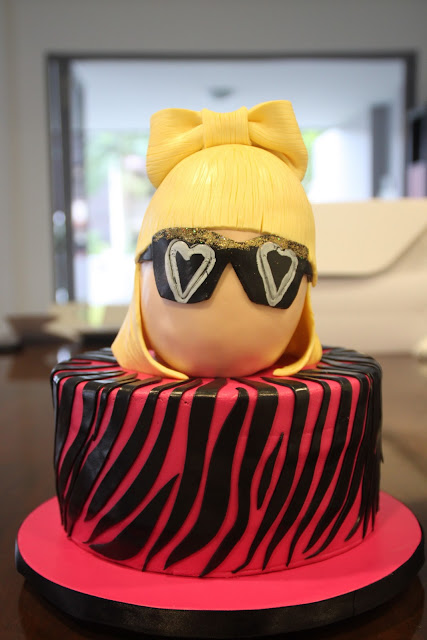 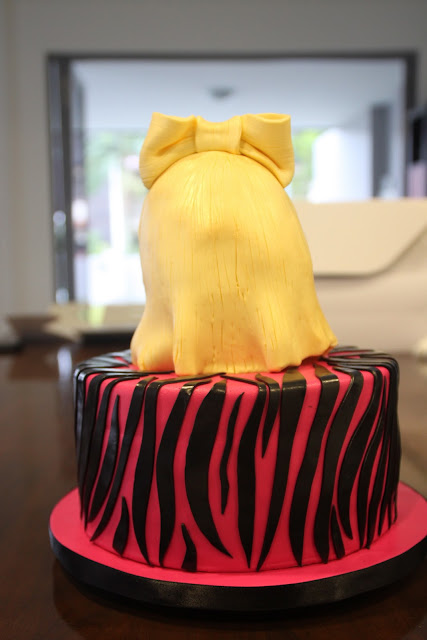 Cake was a 7inch vanilla cake with vanilla filling. and i designed it in a hot fuschia with zebra/tiger stripes, so it had a flamboyant/diva flair to it, just for the 3 birthday ladies :)

On the bottom tier, i used 10 cupcakes, and moulded shoulders and heads for 10 different wacky hairstyles. Feels like a Benetton adverd no? All we need is to play Black Eyed Peas  "Where's the love" song. ha. 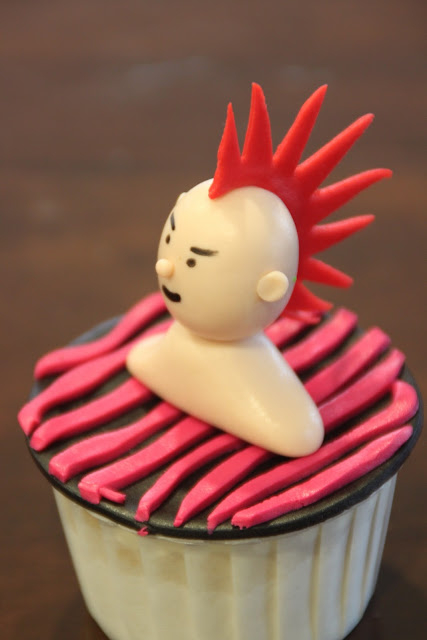 red mohawk, inspired by my son. 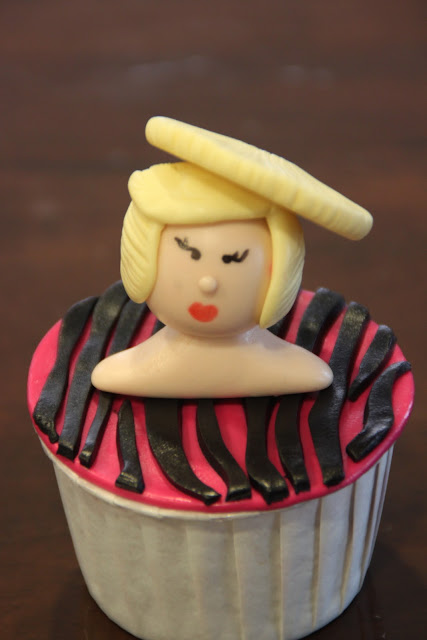 another funky do by lady G. 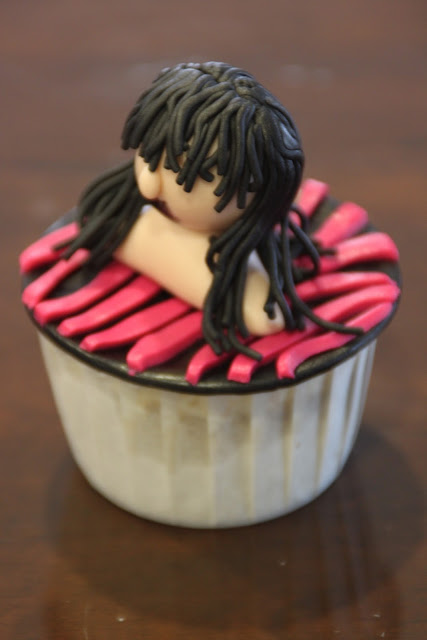 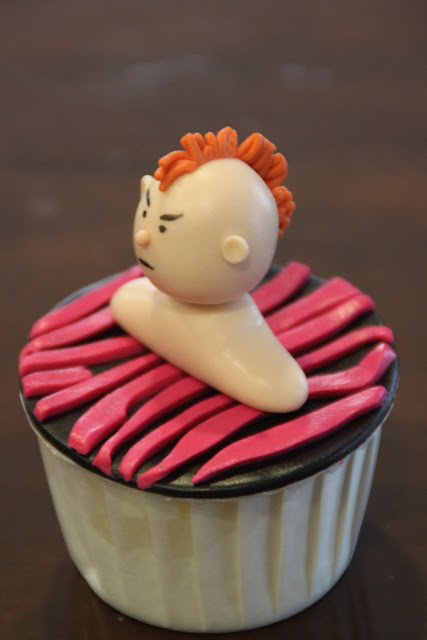 variation on the mohawk. 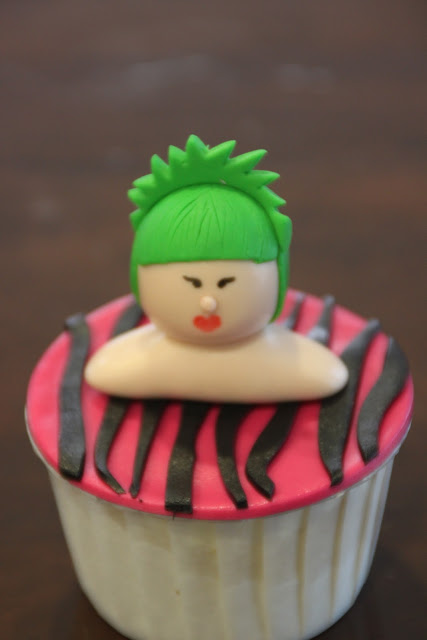 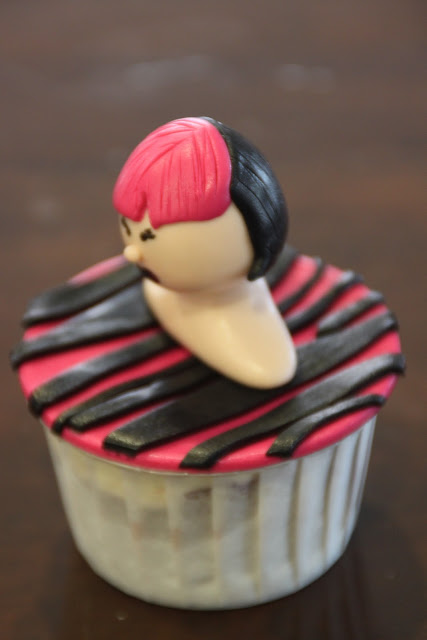 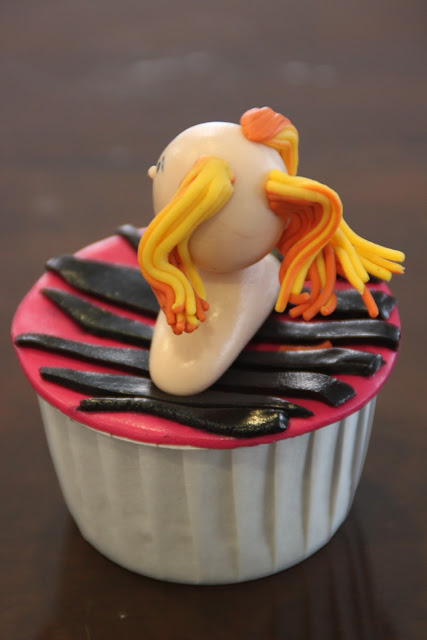 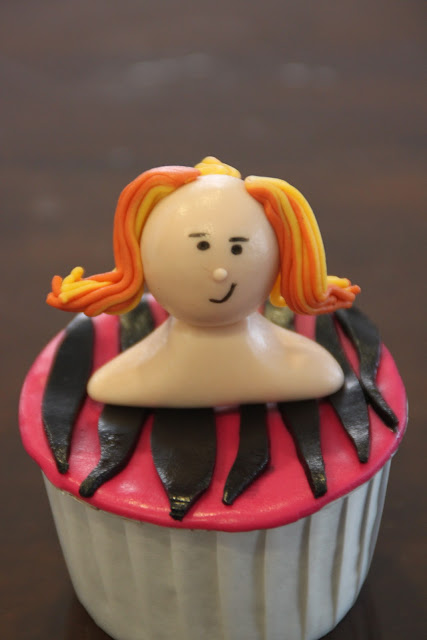 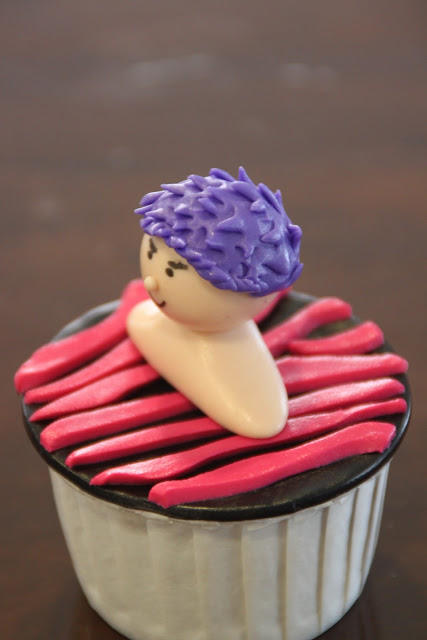 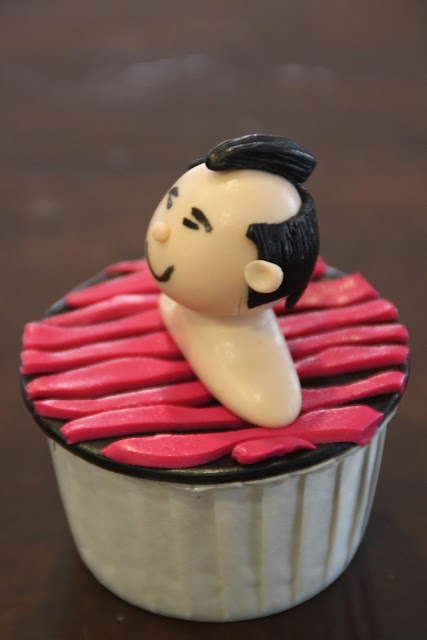 too cute sumo with slitty eyes. 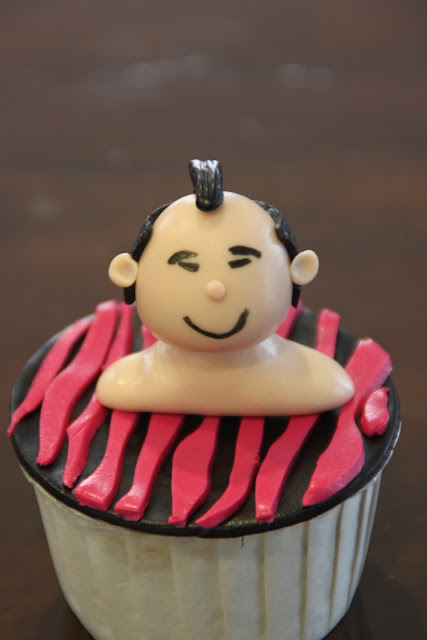 Cupcakes were a mix of red velvet, banana, vanilla and choc cupcakes. Happy birthday in advance A!!!!! Hopefully i hit the crazy hair theme in the nail! 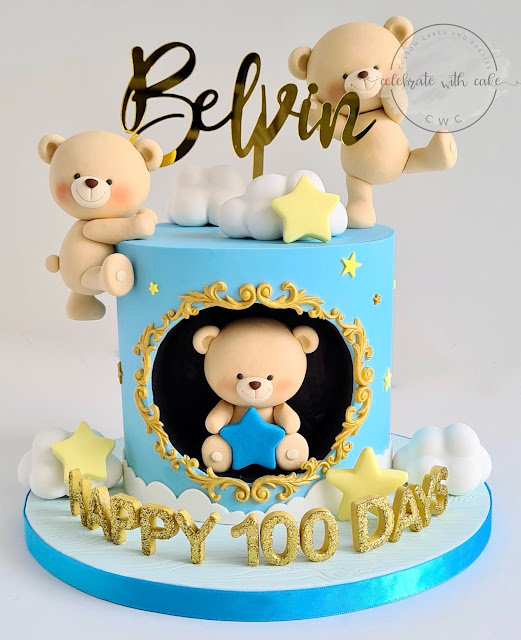