So today i sent out another cake to a little boy who's nuts about Tom and Jerry. His mom requested that the cake depict a classic Tom and Jerry scene. So, i figured it'll be the best time to try out one of the amazing creations from the book, Debbie Brown's cartoon character cakes! So, there! here's my take! 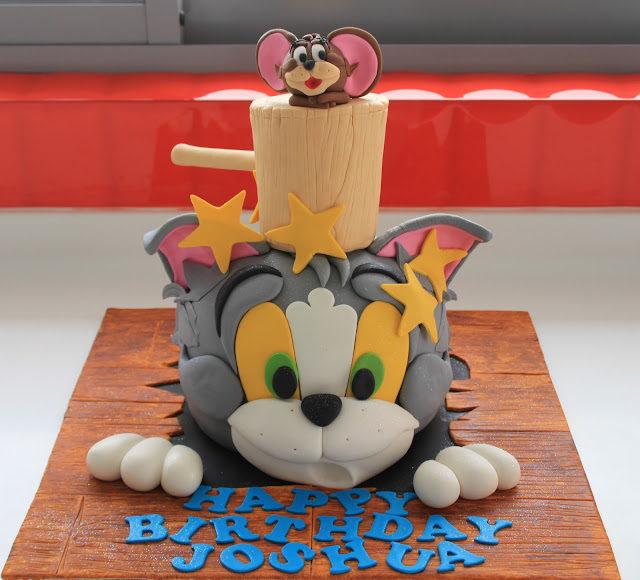 So, at first glance, this cake seemed pretty straightforward to do. but, i got stuck at the first step already. Shaping Tom's head was not as easy as i thought and it took me 2 tries before i was happy with the shape. and just as i thought that the worst is over, i realized that there were so many nitty gritty, intricate parts to the rest of Tom's head i had to do! 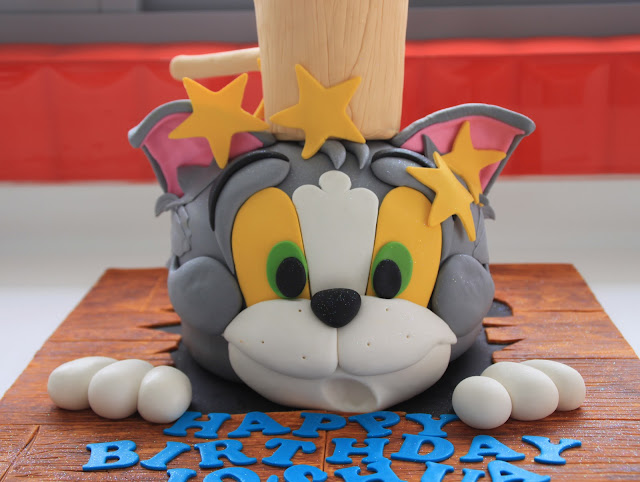 Debbie Brown is one detailed woman. Every last strand of fur must be included. but i did eventually finish it off, and was quite pleased with it! 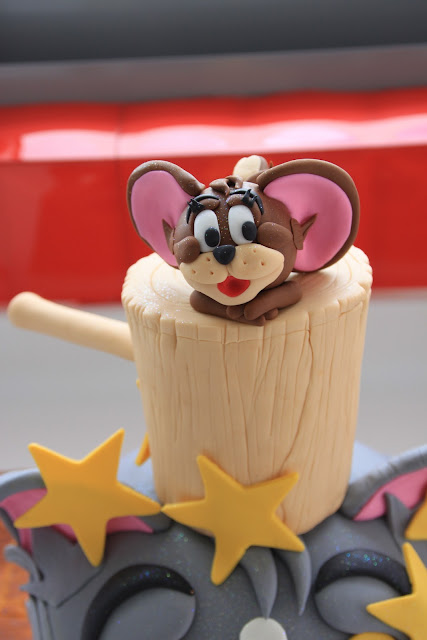 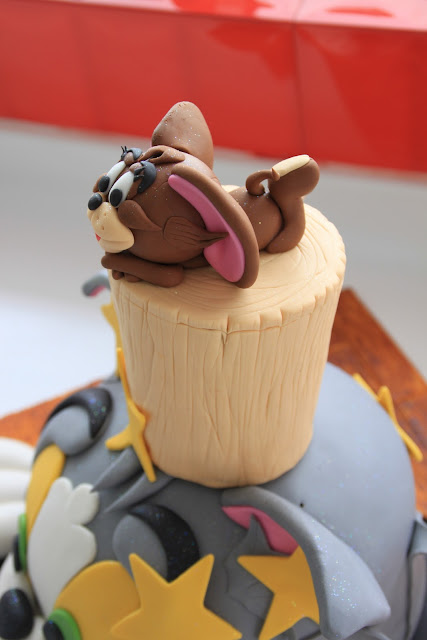 One thing, however which i deviated from the book, was to make the mallet out of rice krispie treats dirty iced with ganache, instead of cake. cos i figured that i am not gonna play with fire and run the risk of the mallet cake falling off Tom's head. but the rest of the cake was done debbie brown's way to a T. 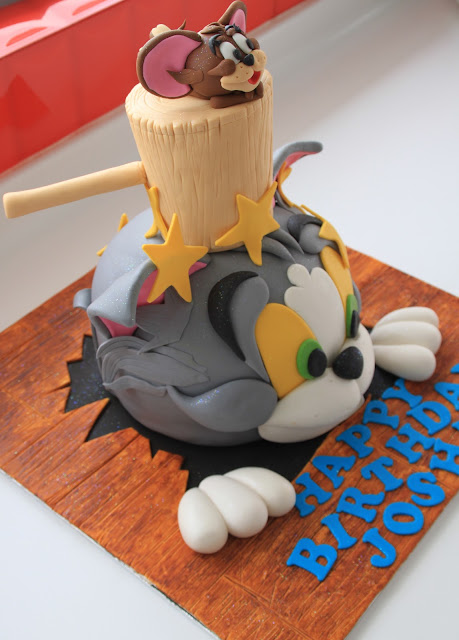 Cake was a chocolate cake with vanilla filling.