Dora the Explorer and her good pal, Boots was sent out to a sweet little girl, Flavia today. Flavia goes to the same kindergarten as my son, and she has the most doll like face i have ever seen. just imagine porcelain skin, big round eyes, long black hair with china chops. how delicately pretty is that? Pardon the lousy shots again, took it early in the morning when the sun was still not up. 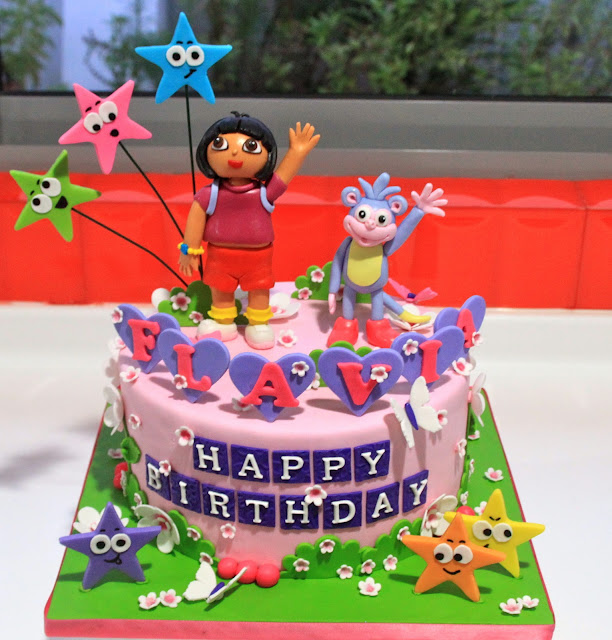 Boots the monkey was pretty easy to make, but Dora was tricky. I spent a while trying to fix her hair, cos if you bother to look, Dora actually has a thick mob of hair with straight bangs across her forehead. I tried to make her hair thick, but she ended up looking like Darth Vader, so i tried to go thinner, but she just didn't look Dora-ish to me. So i settled for an in between, and i think, in between looks best on Dora. : ) 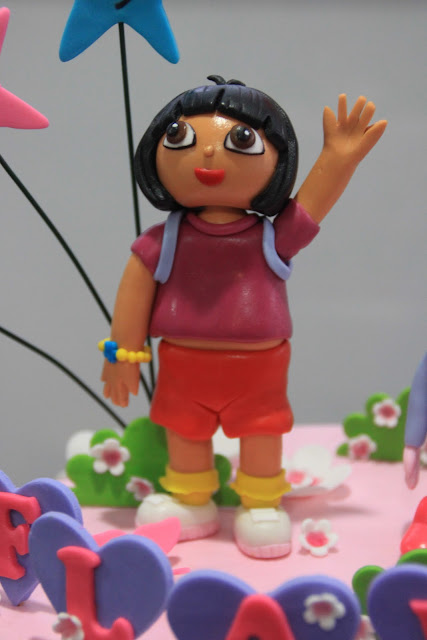 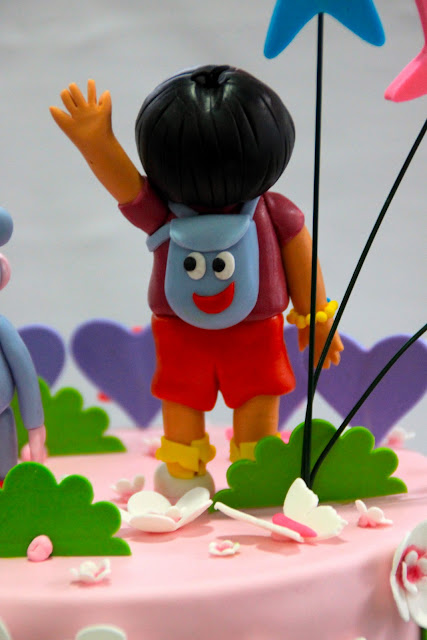 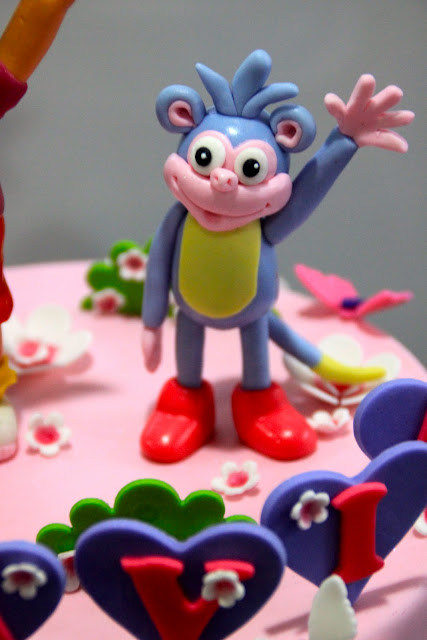 The rest of the cake was decorated with sweet pinks, purples and white. But i didn't want Dora to lose her "identity" as an explorer, so i added some green bushes around and her famous stars with faces. 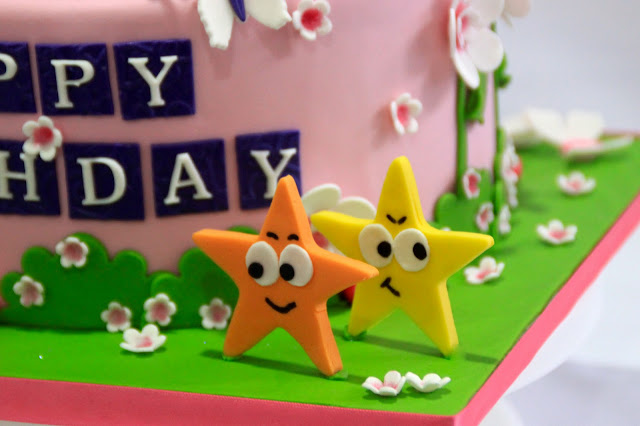 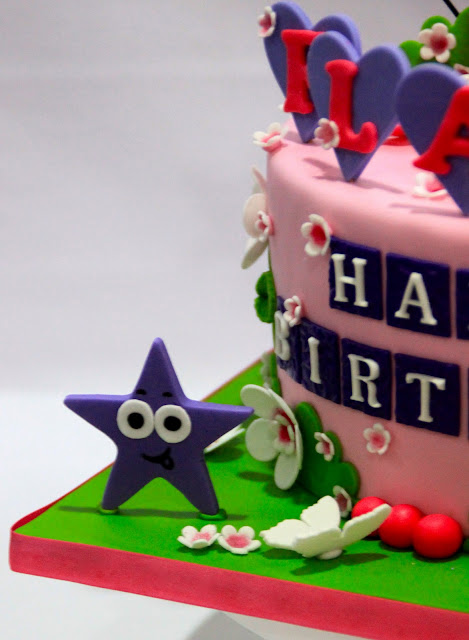 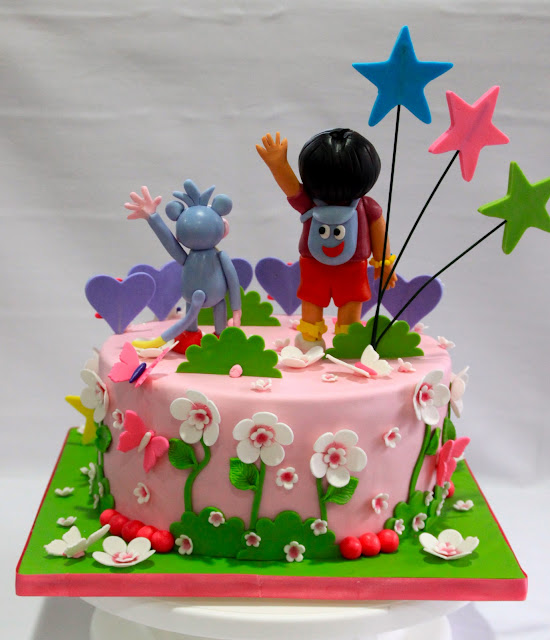 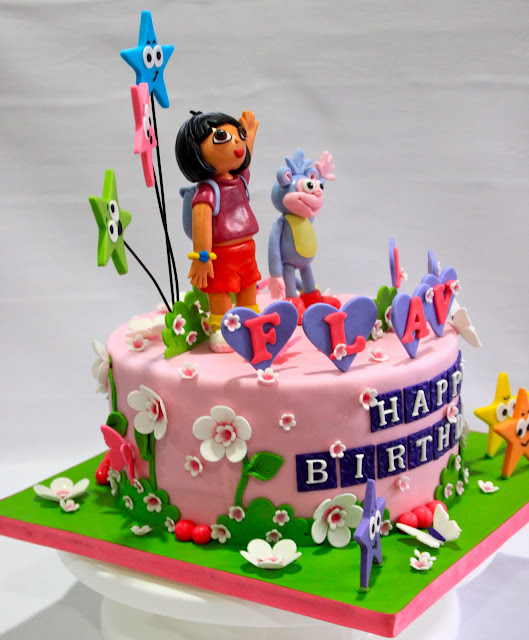 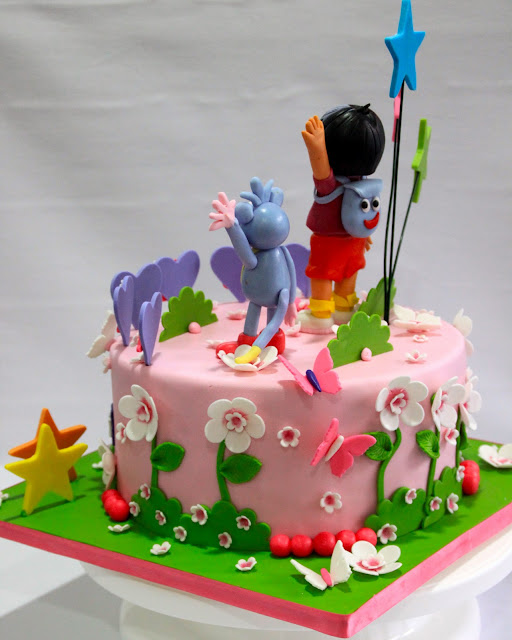 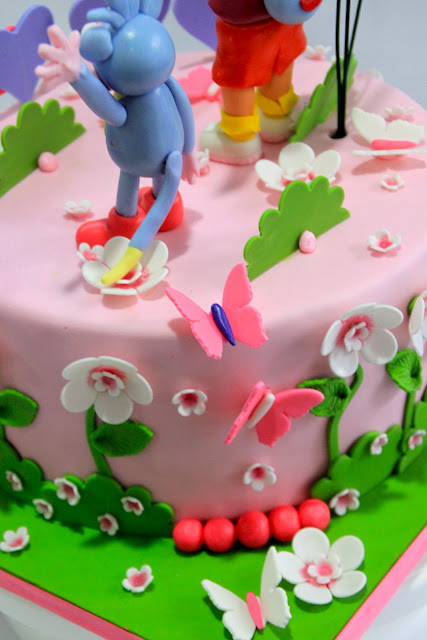 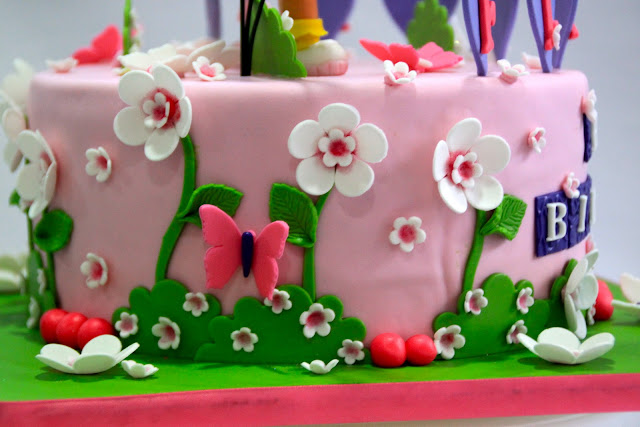 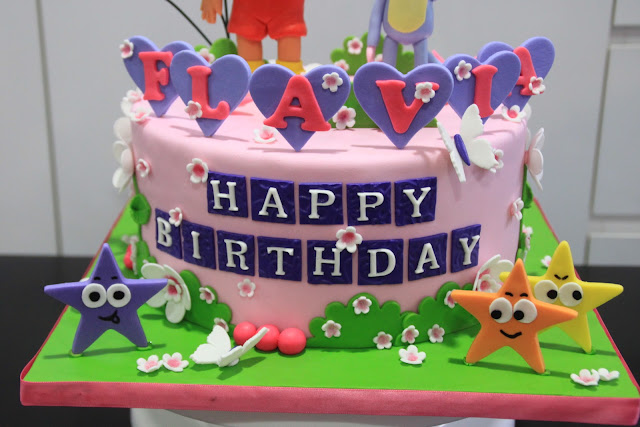