This cake is really special cos it was meant for my favorite cake order-er's boss ie; her husband, which means my BIG boss. Said big boss works as a pilot, and is very keen to fly the not yet officially launched Boeing 787. Therefore, his wifey's brilliant idea was to make him a 787 cockpit cake with him in it. 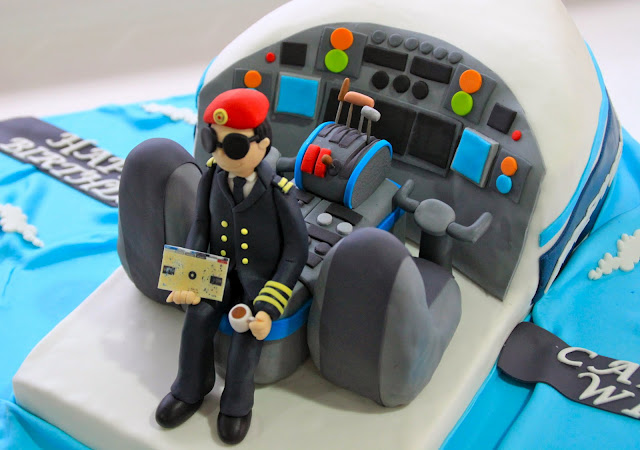 So a figurine of captain Wicks wearing his pilot uniform was made, but instead of his pilot cap,  his wifey requested that i made him wearing a red commando beret, and with him holding a mug of coffee in one hand and a basketball chart in the other. 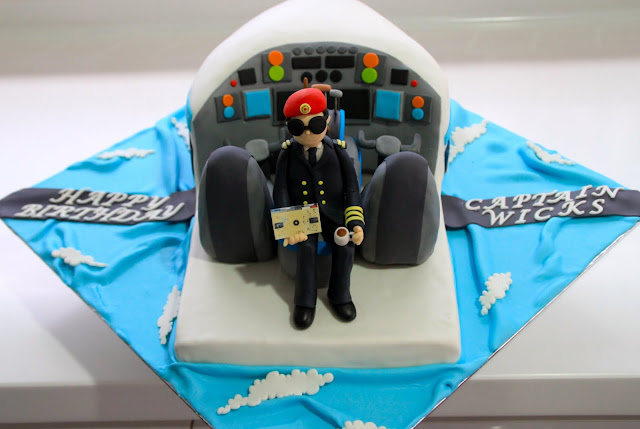 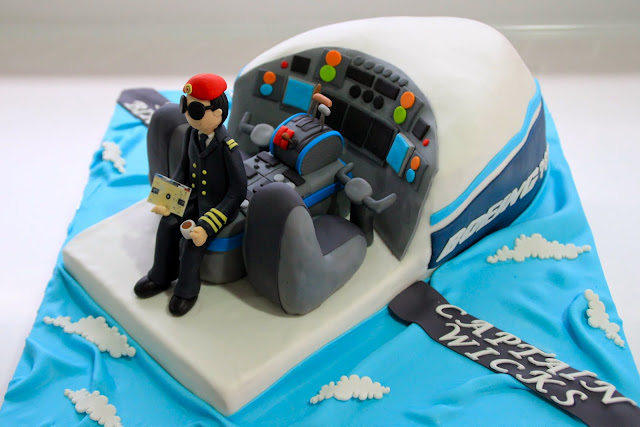 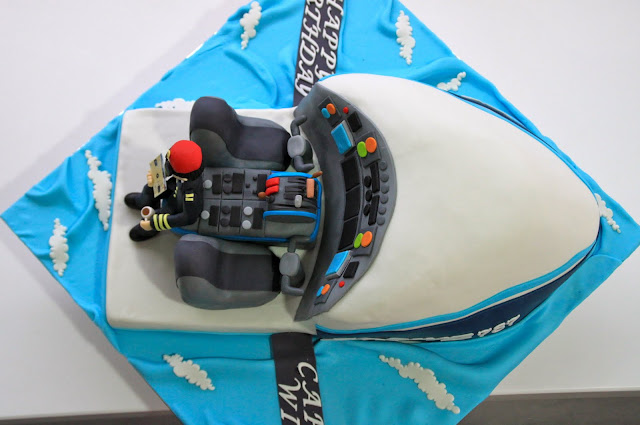 i did have a hard time searching for pictures of the 787 cockpit since its not been officially launched yet, and all that google generated for me were simulated pictures of the insides of the cockpit.  So, i had to make do with my "imaginative juices" and come up with a lot of different knobs and levers for the cockpit. i hope i managed to "con" captain wicks! ; ) 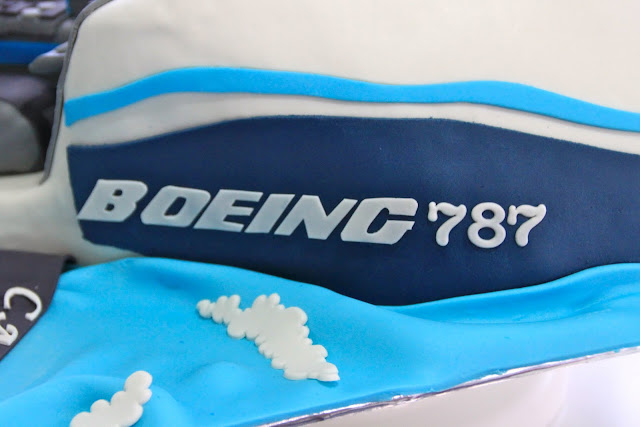 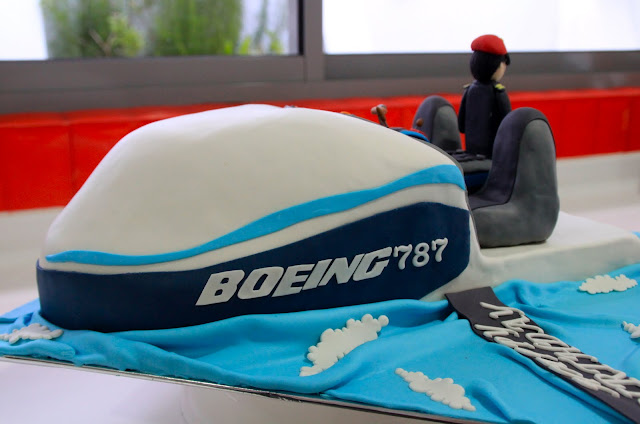 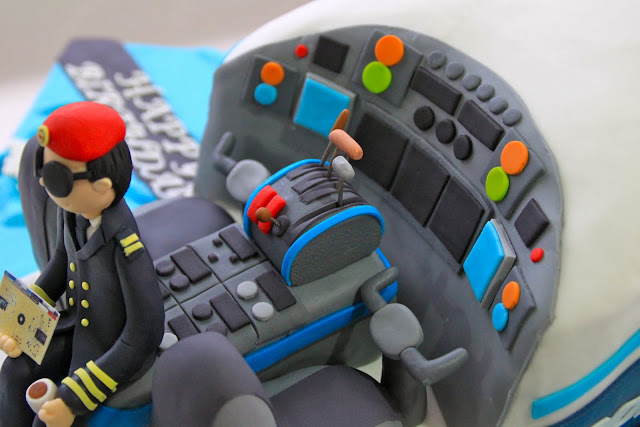