S (a friend of one of my girlies) was looking to celebrate with the office their bosses's birthday and gave me the idea of making sheep cupcakes with one leader sheep and sheepdog toppers! 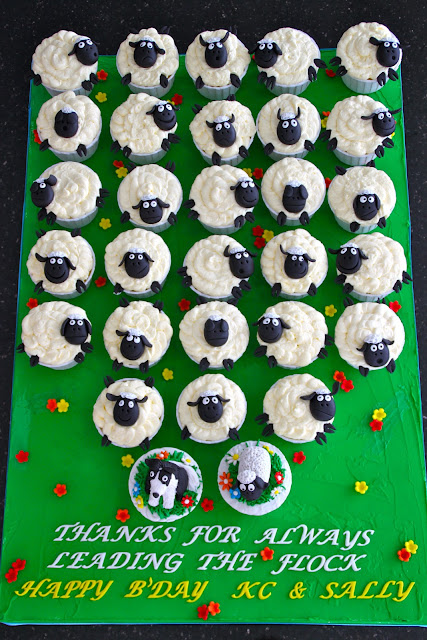 I had a hard time deciding what material to use for the sheep's wool, i contemplated fondant and using rings to create its texture, i contemplated rice krispies then covered in fondant, even royal icing which would have been WAAAAAY sweet! So in the end, i decided on buttercream with swirly piping! 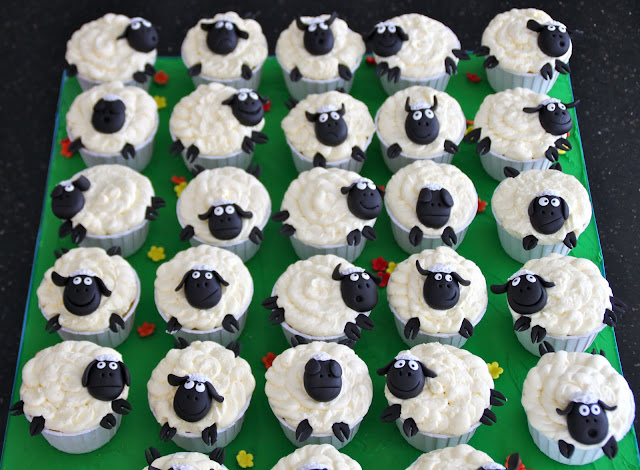 Each of the sheepies were given various facial expressions and hooves placed in all different directions, just to add some fun! 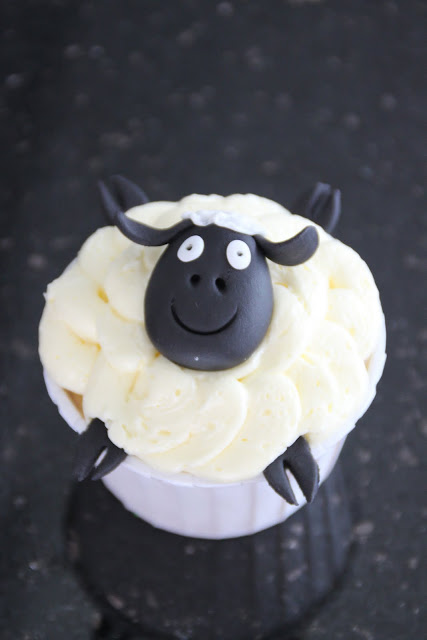 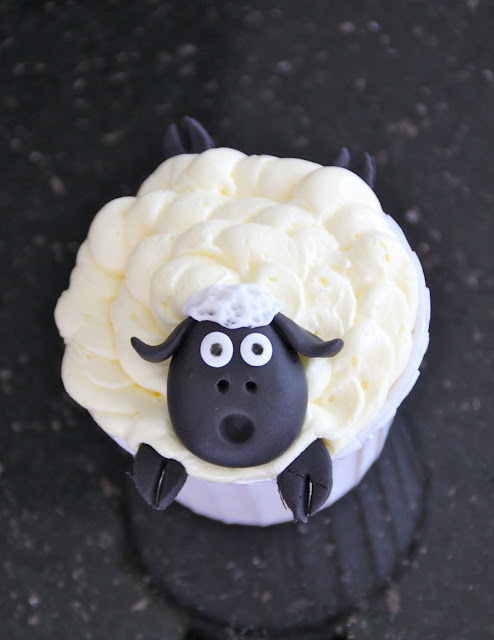 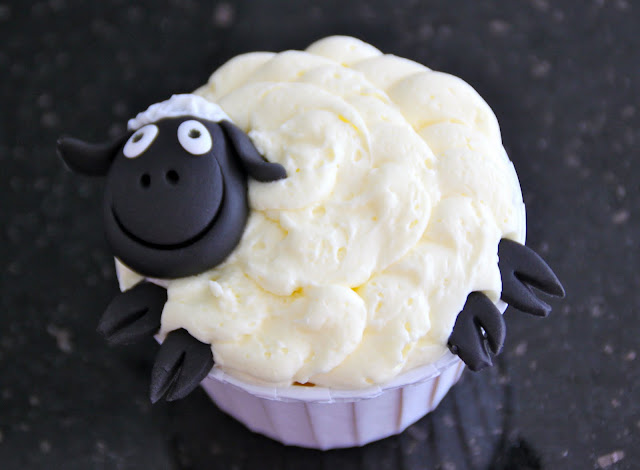 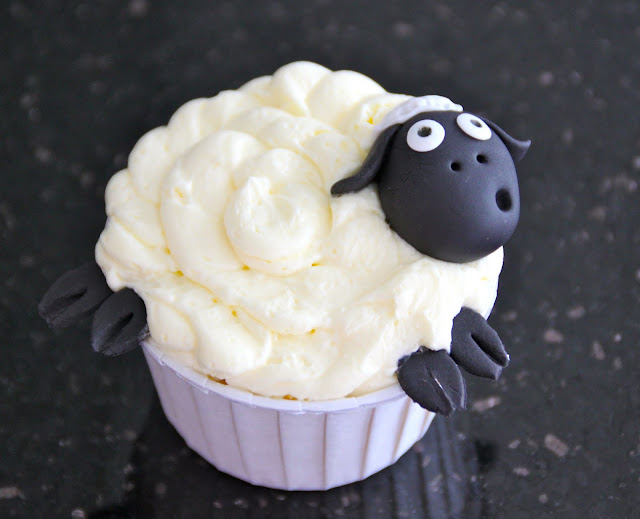 To make the bosses "stand out" S requested that i made them 3D instead. Fantastic idea from her! 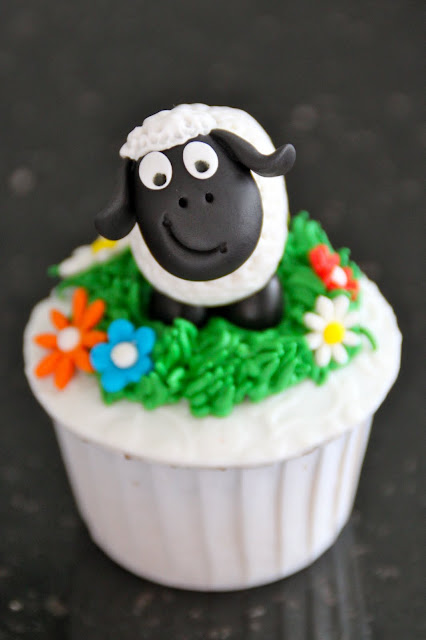 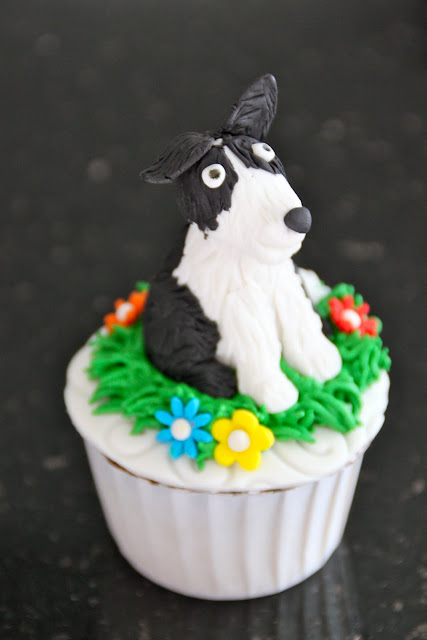 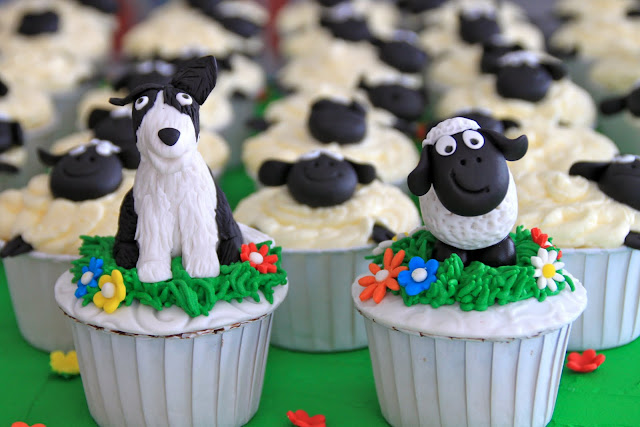 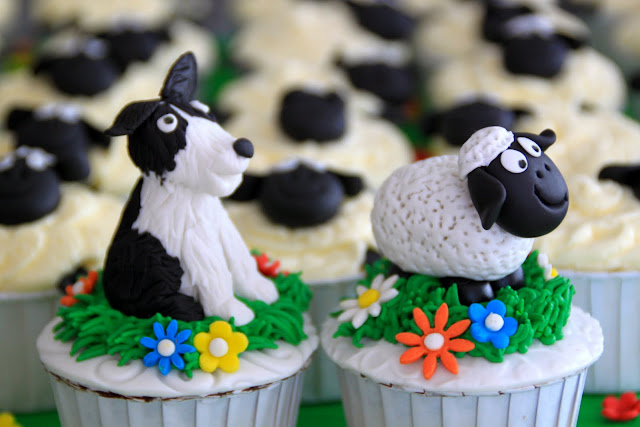 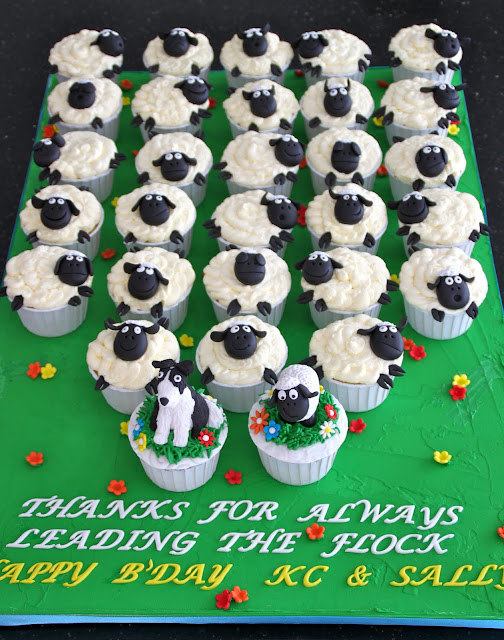