PL got me to make her younger daughter a Garfield cake (apparently she adores the cat) after i made my mermaid Cake for her older daughter. 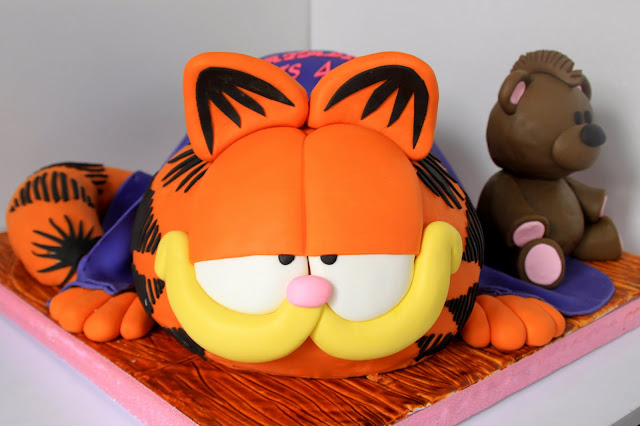 This design was based off one of my cake artist idols, Debbie Brown. It was a complicated looking cake which actually was not that really, cos most of the work was in making the stripes of garfield, but in this cake, a large part of his body was covered by his blanket. 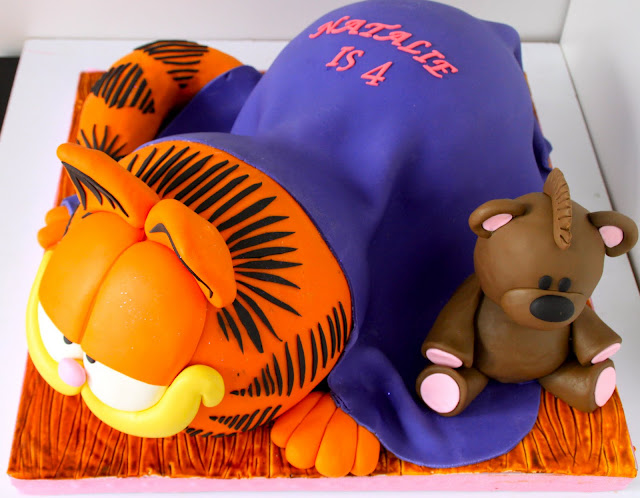 I did make a few changes of my own here and there, like adding Pooky the bear beside him, and the way his paws were made. But all in all, i think Debbie Brown did a fantastic job coming up with this idea of creating Garfield. : ) 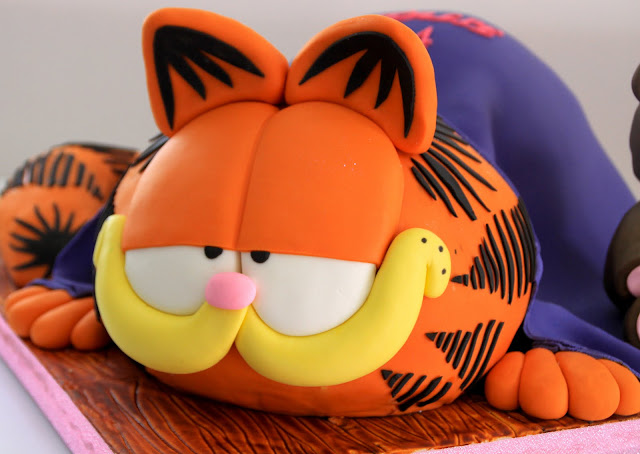 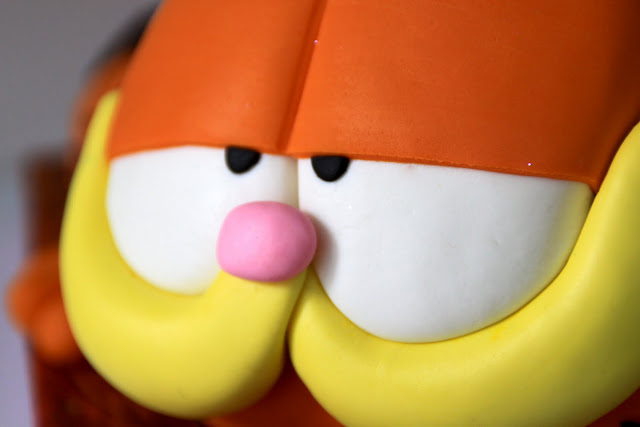 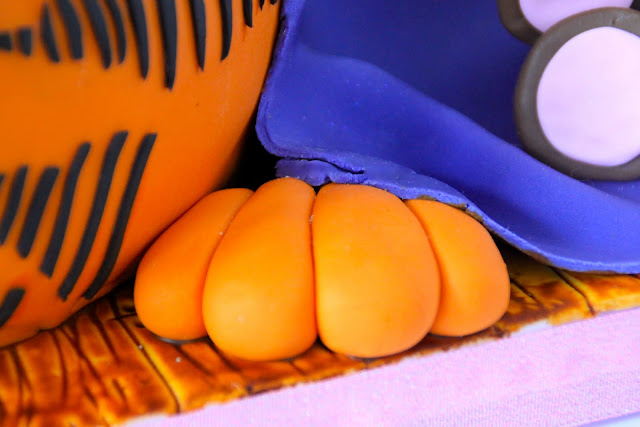 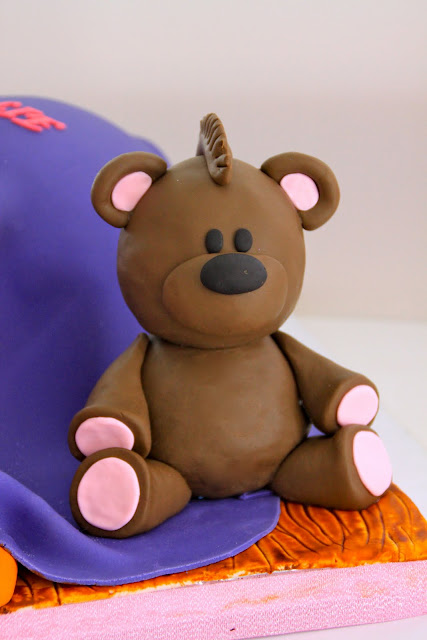