If there was a "Top-10-cakes-That-I-Made" chart, this one would definitely be high on the list. EC dropped me a mail a few weeks back and told me he wanted to make a cake for his baby boy's birthday. Also, if there was one thing i noticed ever since i foraged into the world of fondant cakes is that, most of the time, mummy's are the ones who do the cake ordering for their kids. So, EC marks the FIRST daddy-o that has gotten a cake for his son. how schweeet! 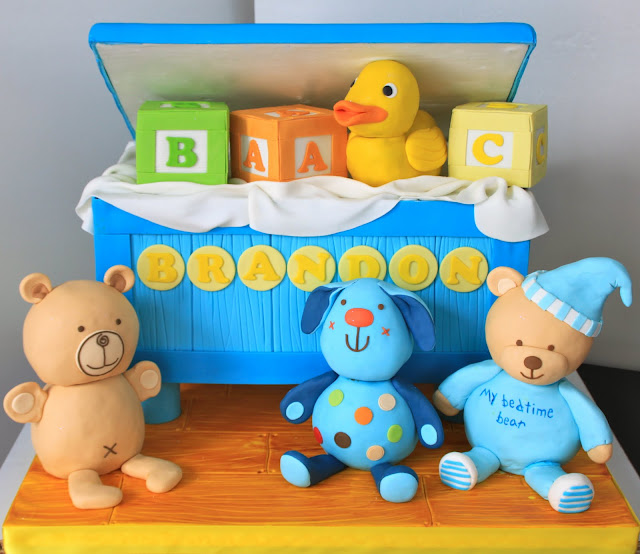 EC looked to us for ideas on how to do his son's cake, and we gave him some by asking for Brandon's favortie toy, music etc. He eventually came back with photos of Brandon's 3 favorite teddies and so i suggested doing a toy box cake with Brandon's teddies sitting around. He also gave me free reign for the design of the cake. 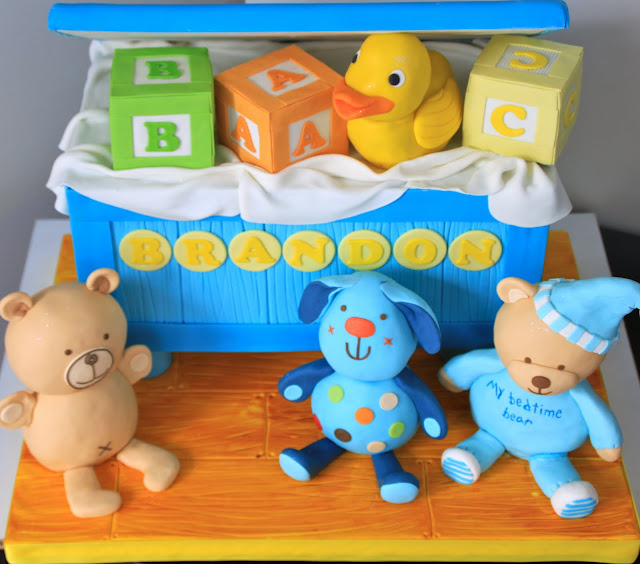 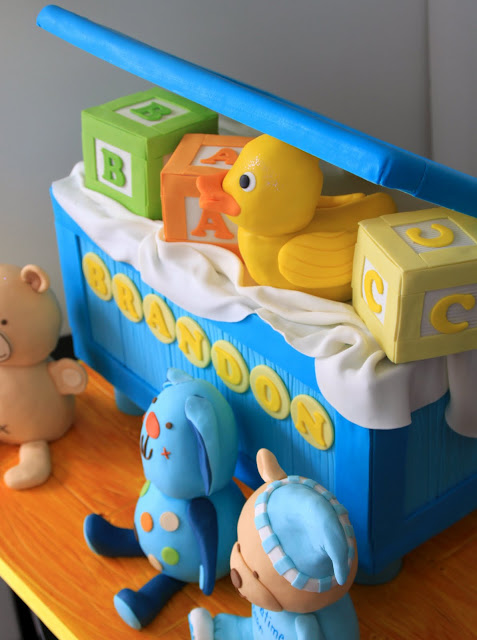 Now, toy box cakes are dime a dozen on the net. Google it and you're bound to find a few hundred thousands of such cakes. But many of them are just boxed shaped cakes on the floor so i decided to try going a step further by making it off the ground and "suspended" in the air using 4 "legs". Note that the cake was meant to serve 40 people and it weighed approximately 15kg after ganache-ing and covering with fondant. So we are talking about a pretty huge cake here.Thanks to my "cake engineer", we were able to produce a stable "toy box cake" with PVC pipes. : ) 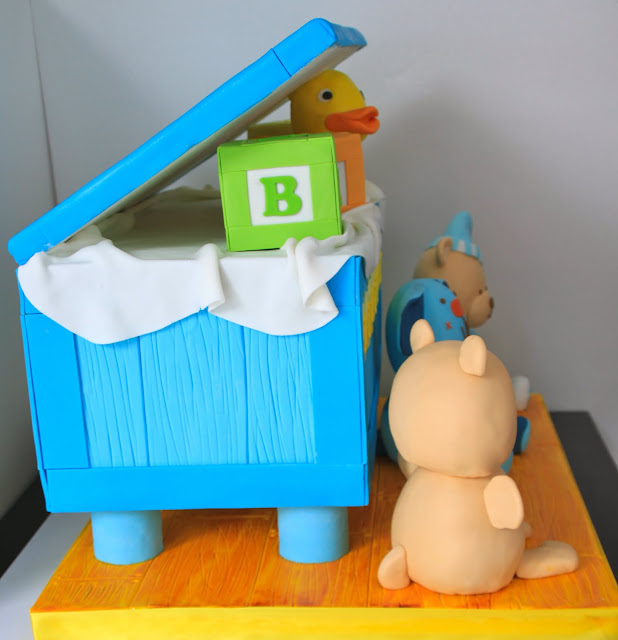 The teddies, alphabet blocks and rubber duckie were made of rice krispies. and i had an absolute ball making them, simply cos their so freeeeeeeeeaking cute! : ) 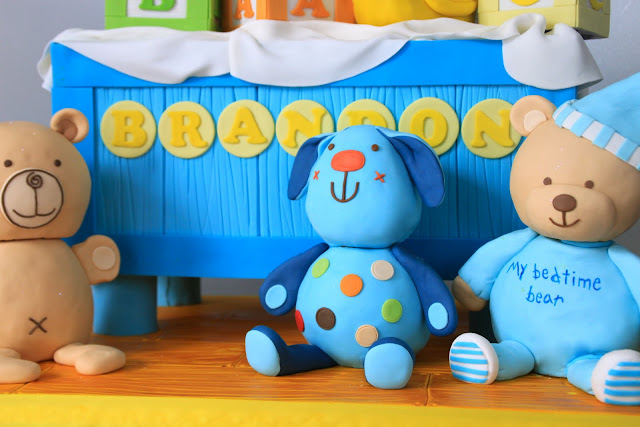 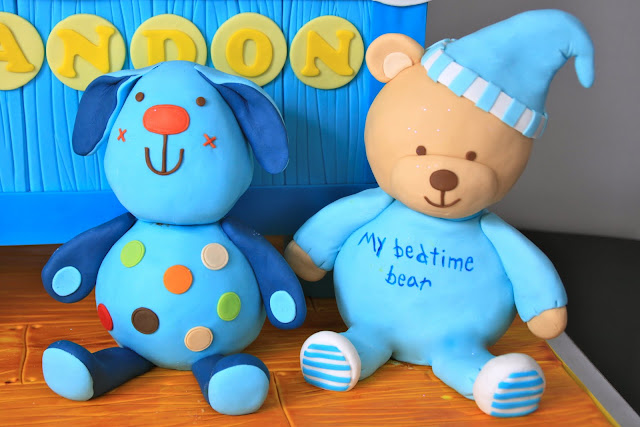 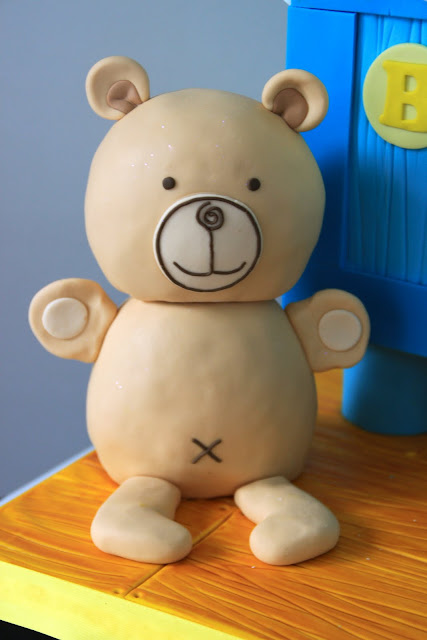 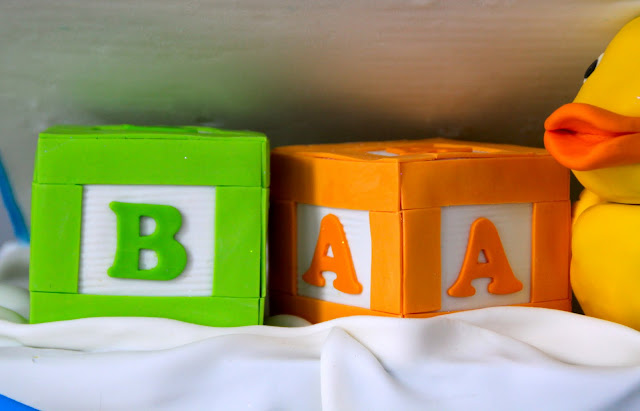 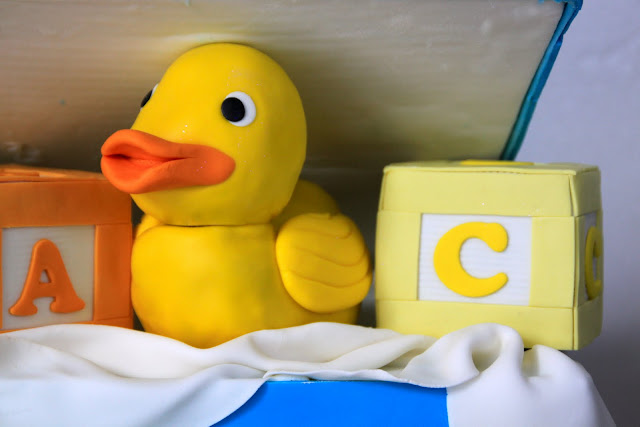 And i think its time to come clean and tell the world that making a pretty cake isn't just about making it, well, pretty. Because after all that hard work dolling up the cake, you've gotta ensure that it gets to the party venue pretty too, doncha think? it really takes skill and lots of experience to know how to transport delicate cakes like these. i think we were traveling at 60km/h max to get to the venue and each sharp turn left me feeling sick with fear that the centrifugal force will cause my toy box to slide off and collapse. BUT, we made it to the venue in one piece and i must thank my skillful driver of a husband for that. XOXO!
Cake was vanilla with oreos filling.
Email ThisBlogThis!Share to TwitterShare to FacebookShare to Pinterest
Labels: Bunny, Customized Cake, Fondant Cake, Polka Dots, Rubber Ducky, Teddy Bear, Toy Box
Newer Post Older Post Home 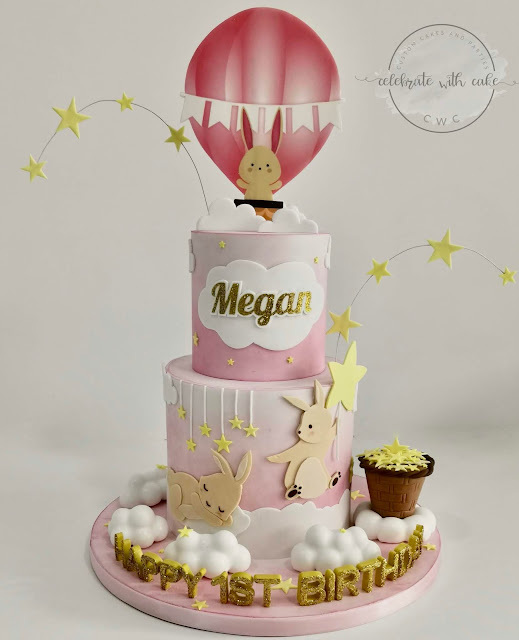