My last cake before i go on vacay! And what a cake to end off with! A dropped me a mail a few weeks back and commissioned me to make a Madagascar themed cake for an uber cute little girl's 2nd birthday. 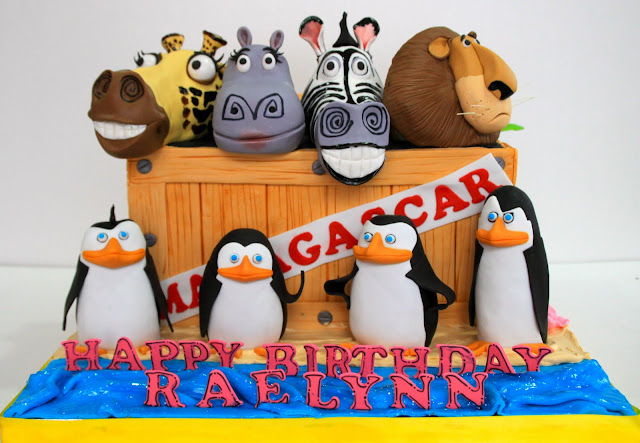 This cake sapped most of my energy meant for savoring my hollyday, cos of the sheer number of animals i had to make. 8 to be exact. Gloria the hippo and alex the lion were pretty okay to make, but malmen the giraffe and marty the zebra were challenging. shaping their heads out of rice krispies was not funny. plus painting their stripes and dots was a messy affair. but i have to admit that i'm a sucker for "pain" and enjoyed every bit of the making of. : ) 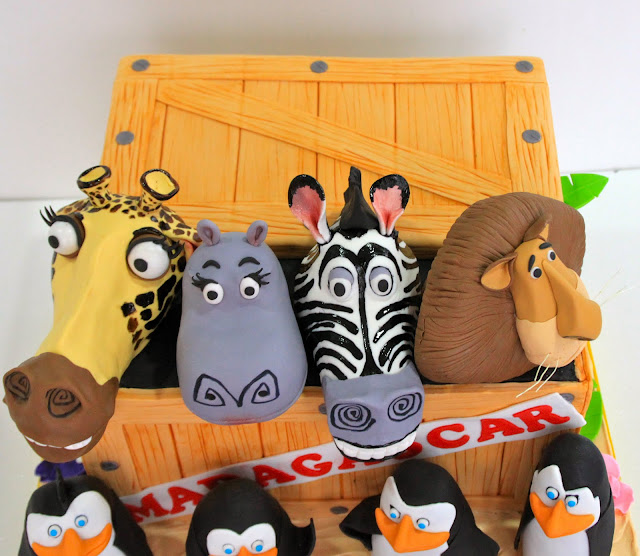 So i had initial fancy plans to make a crate cake with the animal heads sticking out from the sides of the cake. but after thinking through it, i decided not to play with fire and have the animal heads popping out from the top of the crate instead. it was a good thing i did that cos the heads were so big it would have been impossible to have the cake hold them up on the sides! 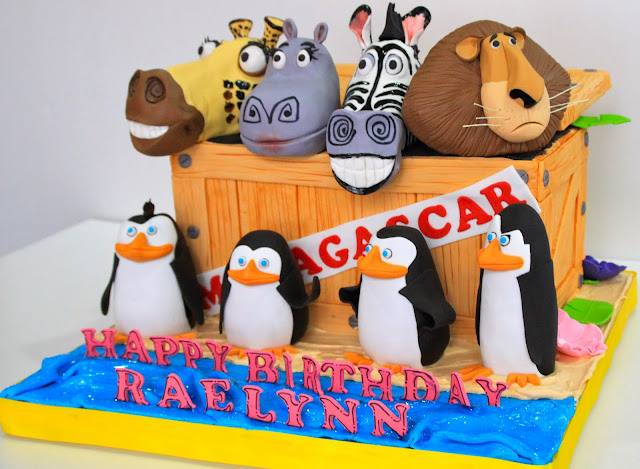 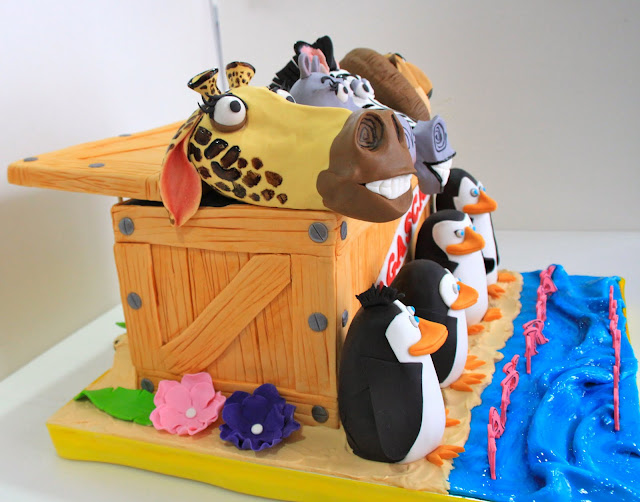 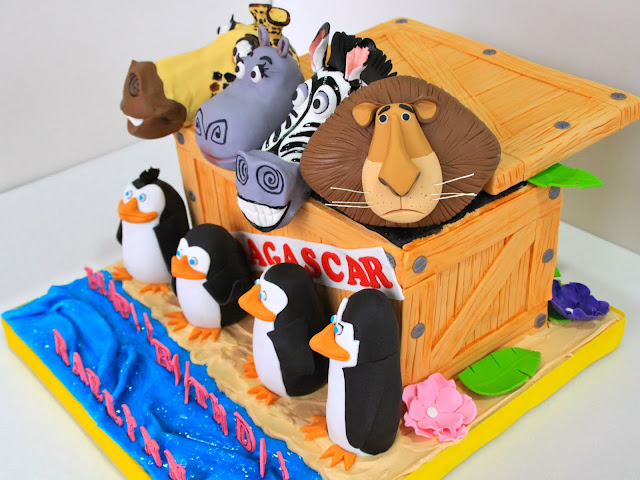 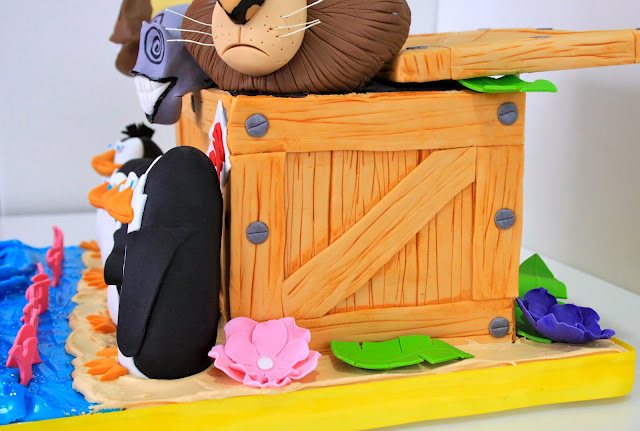 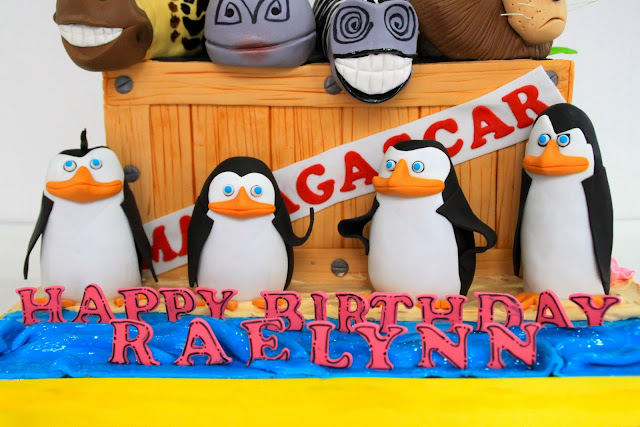