Over the weekend i had the honor of making a cake for one of our biggest local exports, Inch Chua. She was looking to get a sculpted cake for a friend of hers, who is, a musician as well. Said birthday boy plays the electric guitar. But instead of sculpting a guitar cake, Inch chose to do a cake shaped like his guitar pedal board. here's a picture she sent. 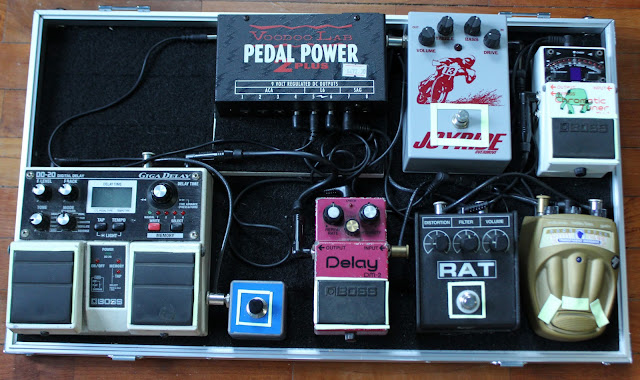 Choked on your coffee yet?

I almost peed in my pants when i first saw the picture she sent. But after calming my nerves, i took a second look at the picture and realized that if i broke down all the different boxes it really aint that bad.

So, here's my pedalboard, in cake. (ps: pictures were taken at night. and i am totally kicking myself in the rear for the really lousy shots. arrrghhh!) 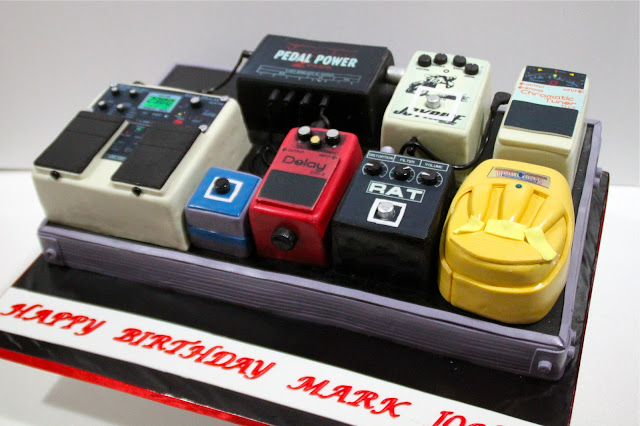 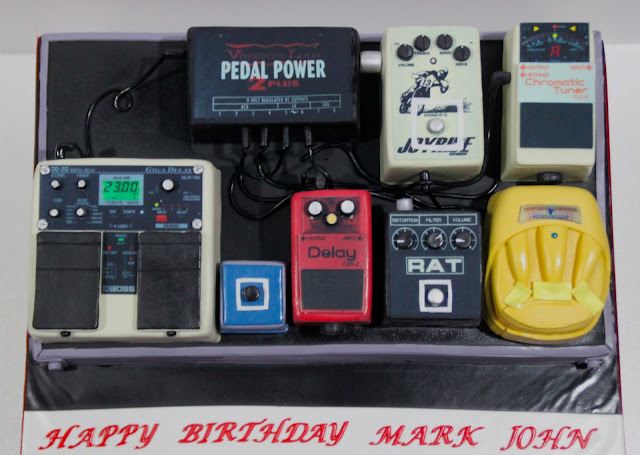 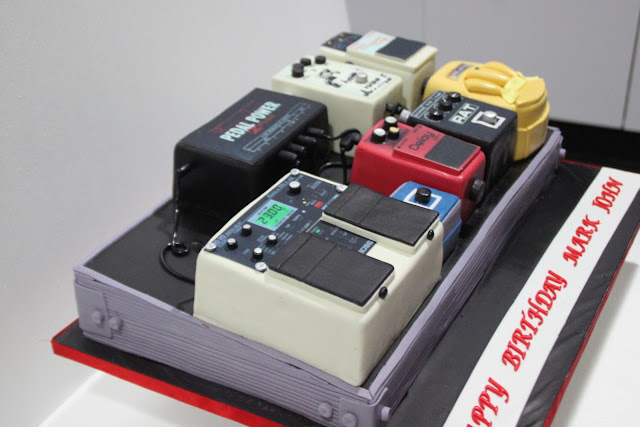 There was actually a lot more detailing going on, which i took pictures of, but none turned out clear. SERIOUSLY!!!!!!! i need to get those special lights and reflector boards pronto.

Every button and nob within view from Inch's picture was made, but i did scale down on the number of wires, cos it'll be just too much going on. 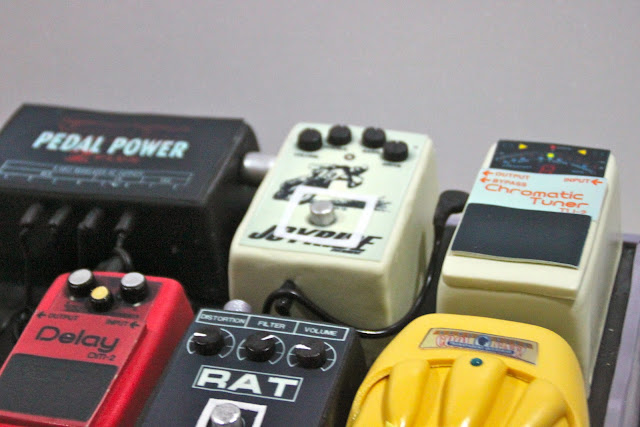 But all in all, we've received tremendous reviews and "i can't believe its not cake!" remarks from Inch and her gang of friends. If any of you guys are reading this, thanks for the wonderful comments! and i took a peek at the vid of you guys turning the nobs and pressing the buttons on the cake. it was hilarious. : )

Cake was red velvet with oreos and cream cheese for main board, and vanilla with vanilla choc chip filling for little boxes. 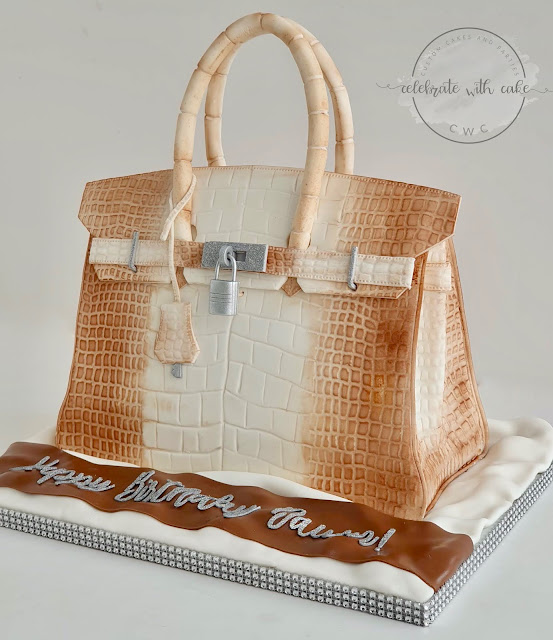