So, over the halloween weekend, we got to do a Jack O Lantern sculpted cake for our good family friends. They were having a halloween party, and decided to that since they weren't into carving pumpkins, a cake should be a good stand in! 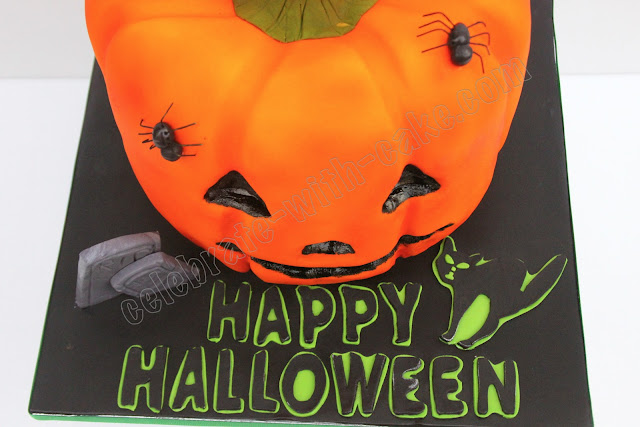 The husband bought me an air brush some time ago, but i never did have the confidence to pick it up and start "brushing", but i thought that this pumpkin would be a good starting point, and decided to pick up my guts and just.do.it.

Ps: pardon the "tai glam" shots with all the newspaper all around, it was necessary to prevent the paint from getting every where. BY the end of it, my entire nose was orange ( i'm talking about the outside and inside) cos i was practically breathing in the particles emitting from the air brush. : / 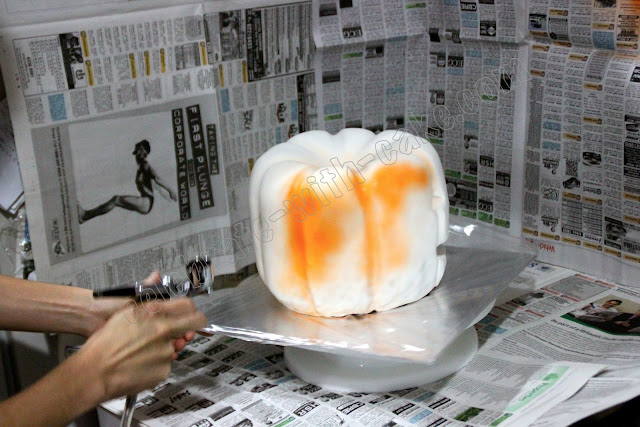 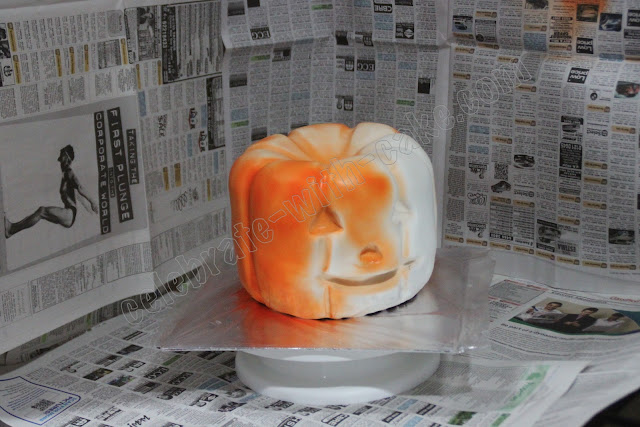 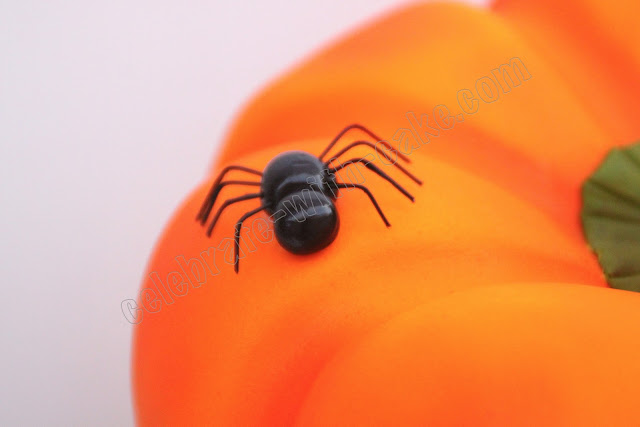 Cake was alternating layers of vanilla and chocolate with cranberry filling in between. 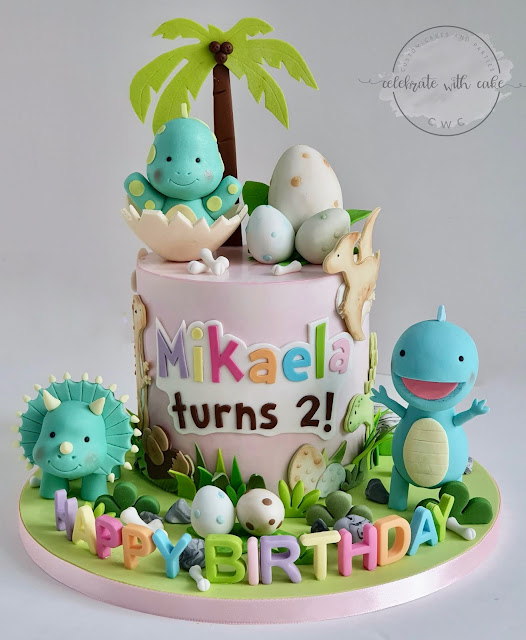