This was done for a wonderful repeat orderer. I had the honor and pleasure of making cakes for both her kids last year, and again this year. Last year, i was given the task of replicating his then favorite character, Kamen Masked Rider. This year, its the hottest boy toy in town, Metal Fight Beyblade. Beyblades are essentially pimped up versions of the old skool spinning tops, conjured up by the wacky japanese. Each top has their own so called "rating" and they're supposed to "fight" each other in arenas to be the last Beyblade standing. 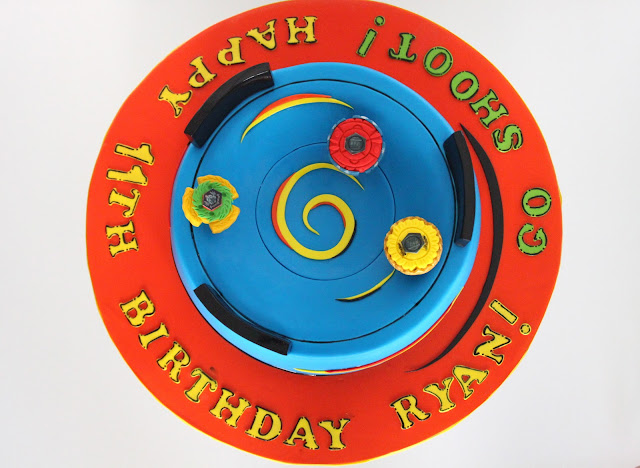 Pardon the lack of photos, was in a bit of a rush to send out the cake! 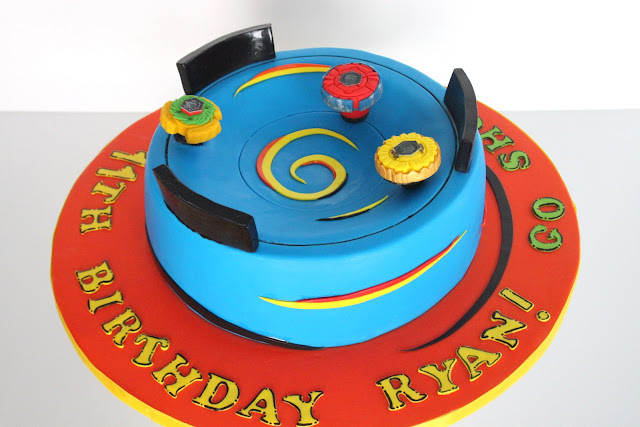 Cake was chocolate and vanilla with vanilla choc chip filling. 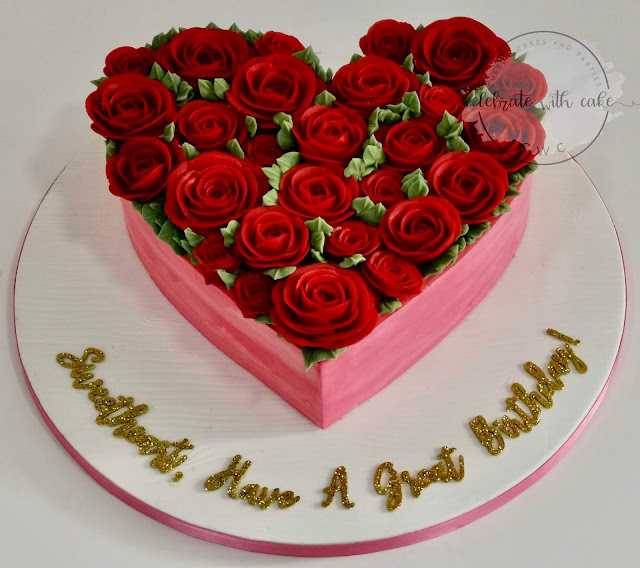