Last week, we delivered this cake to E and her little girl for the princess's birthday party at school. Birthday princess loves the Octonauts cartoon, in particular Tweak the Bunny Character. We suggested doing a cake shaped like the Octopod, (the Octonaut's mode of transport underwater) with a little figure of Tweak by the side. 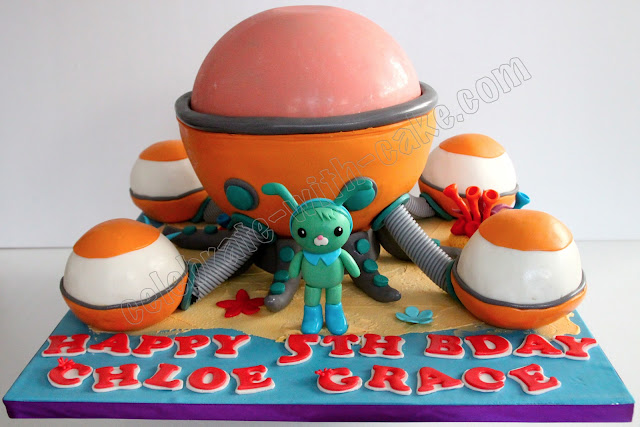 After looking at the picture of the Octopod, we found another opportunity to incorporate yet another Chocolate Piñata, which was the dome of the Octopod. 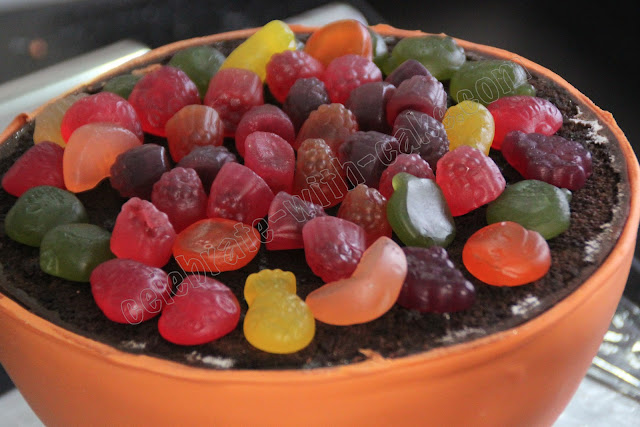 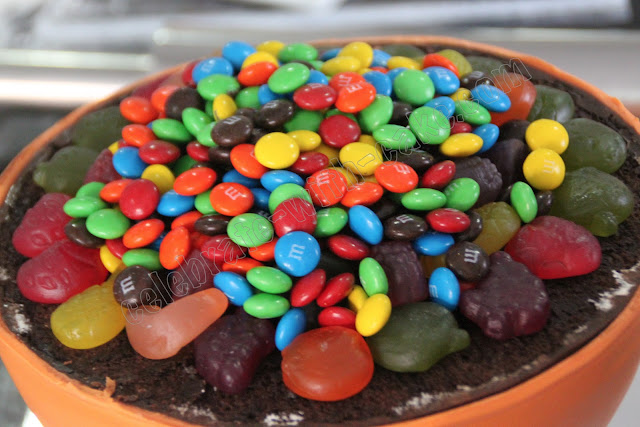 Lots of gummies and chocolate candies awaiting the kiddos when birthday girl cracks open her Octopod! Better than the traditional cake cutting and candle blowing ceremony! : ) 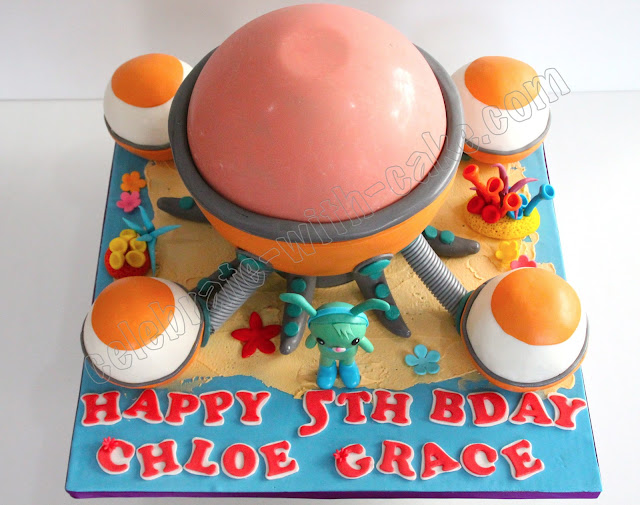 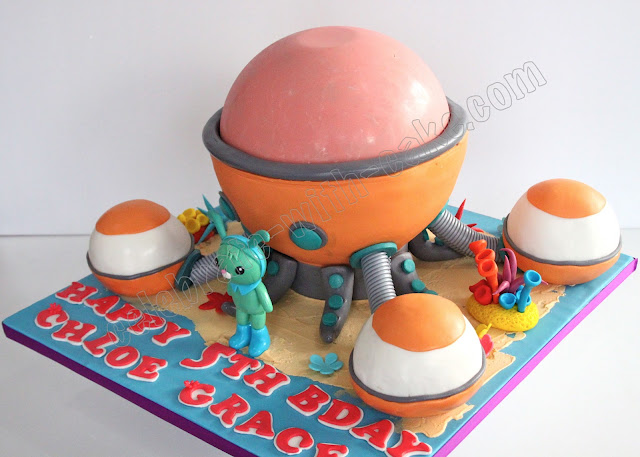 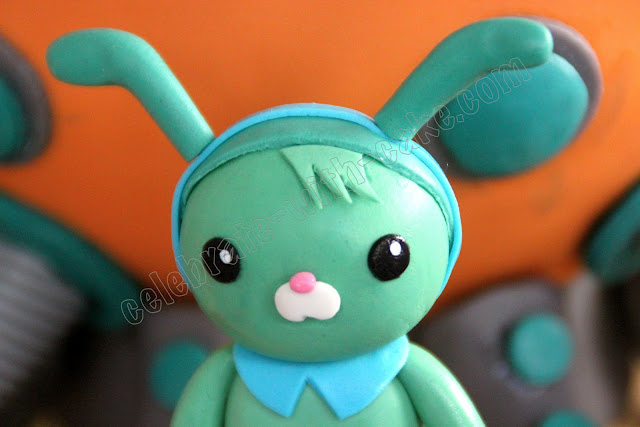 We had to build a little stand just to accommodate and stabilize the round shape of the Octopod. 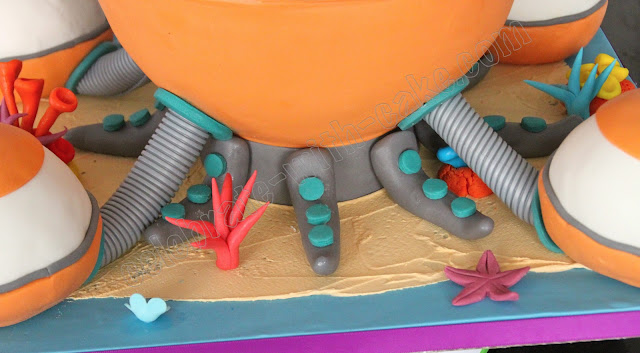 Here's a picture of the kids going for the goodies, that sweet E sent! 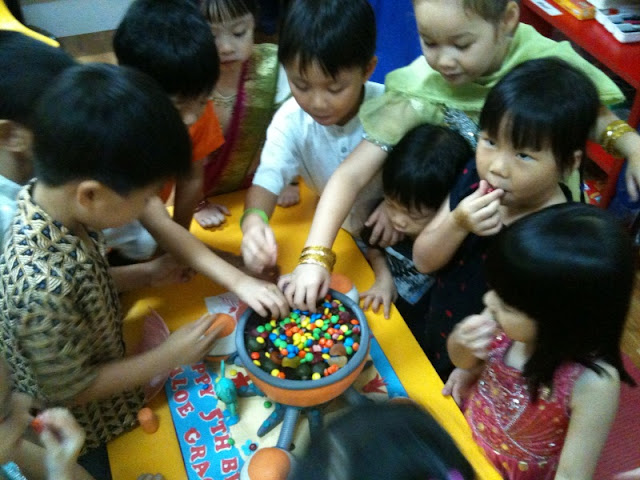 Cake was chocolate with oreos filling.